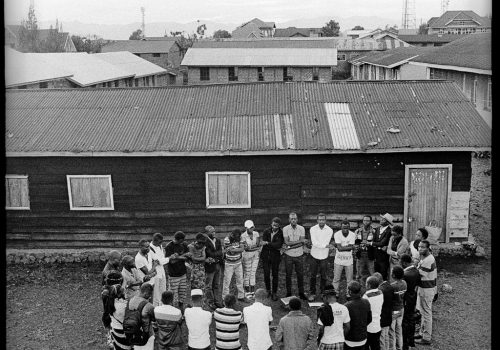 The last legitimate days of Kabila

The postponement of the elections seems to have been overcome and Kabila further strengthens his position as President-dictator. Far from the dream of Lumumba, is this its end?

In Congo, biggest and richest country of sub-Saharan Africa, takes place the future of Africa.

At the time of social networks, non-political citizen movements strengthen, from the ‘ Balai Citoyen (Citizen broom)’ in Burkina Faso to ‘La Lucha(The Fight)’ in the DR Congo via ‘Y en a marre (We’re Fed Up)’ in Senegal and ‘Ça suffit comme ça ( It’s Enough) !’ in Gabon: all struggle for a more just society. The struggle seems to be uneven but mobilization is growing. Five years already that La Lucha militates.

On 28 September 2016, I meet Fred Bauma, just out of Makala prison (Kinshasa) after 18 months of detention. Fred is in Brussels to testify before flying away to be received by the US Congress. December 15th, I land in Goma the day the Congo closes its air corridors and refuses the landing of a Belgian C130, four days before the election day.

The images plunge the public into the reality of those who live and struggle for the advent of a new Congo. This Congo dreamed by Patrice Lumumba, a Congo of Freedom, Justice, Peace, a Prosperous Congo, a truly Independent Congo. Aware of the misfortune that plagues Africa, corruption, La Lucha is structured from its inception without leader but highly organized. We are at the heart of a Ghandi-inspired citizen movement, non-violent, non-partisan, non-hierarchical, made up of young people of many social groups, origins and religions, who share the same desire for change. “the fight for change. La Lucha.”

But at what price … in the interrogation rooms of the ANR (National Intelligence Agency) always the same questions, always the same answers. “We are the change that the Congo is waiting for. Wherever unreason abounds, reason ought to be superfluous.” In a country where one dies of thirst on the water’s edge, where one is killed by poverty in a fertile nature and scream at deprivation beside mountains of gold, diamonds or copper, when injustice is the rule, resistance becomes a law.” (ext. Lucha, ext. M. Séguier).

Prison, blows and wounds, mockeries, extortion … there is a price to pay for this vital struggle. The Congoleses will change Congo, not those other gods that are the UN, NGOs, foreign powers …

Thomas de Wouters is a Belgian photographer born in 1969. Former engineer, he is a self-taught photographer. He started photography at over 40. The choice of analogue photography for his work, more than a technical choice, is connected to his relation to time. With a film limited to 36 views, taking time becomes his ally, even in the instantaneousness of photojournalism or street photography. His photographic writing is inscribed in a social, as much as artistic, research.