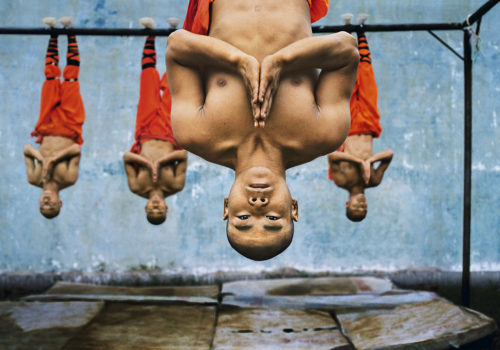 Steve McCurry : The mastery of chance

Member of Magnum Agency since 1986, Steve McCurry is an extraordinary photographer, probably one of the best in the world.

He started his career working for a local newspaper in King of Prussia, a small town in Pennsylvania, USA. But his ambitions quickly took him elsewhere.

He wanted to see the world, explore it at his own pace, discover distant places, where cultures and environments were steeped in history. He had studied filmmaking in college, but found it to be a collaborative effort, usually involving a large number of people.

Upon discovering photography, he discovered a profession in which he could work outdoors and, more importantly, follow his instinct and intuition.

He traveled to India where he crossed the Pakistani border into then rebel-controlled Afghanistan. He was the first to immortalize the horror of this conflict.

And conflicts, the photographer has covered many, from the Iran-Iraq war, to Beirut, through Cambodia, the Philippines, the Gulf War and Afghanistan. To make his images, he often placed his life under the sign of risk. So, he was arrested and shackled in Pakistan, beaten and nearly drowned by zealous crowds at a religious festival in India, and was nearly killed by the Mujahadeen. He also survived a plane crash in Yugoslavia, all out of passion and allowing him to take incredible pictures such as the one of this young Afghan refugee, who is undoubtedly one of the most viewed photographs in the world.

Portraits are at the center of his work, ignoring linguistic and cultural barriers. His secret: making contact with a friendly smile and treating people with respect.

Fascinated by humans, Steve McCurry is especially curious about the difference between beings that allows him to tell incredible stories when the personality of the other is revealed.

Steve McCurry : The Buddha under the bodhi tree in Bodh Gaya India

Steve McCurry : Eugene Smith’s photograph of a mother and child in Minamata, Japan

Steve McCurry : I don’t think there is any such thing as a perfect image.

The one you use actually ?

Steve McCurry : I leave that to others.

Steve McCurry : I would make a portrait