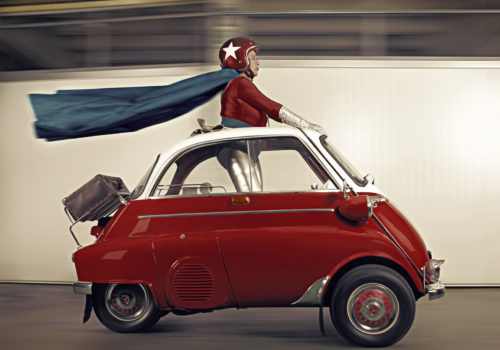 THE TASTE OF DIRECTION ABOVE ALL

I discovered Sacha Goldberger‘s work through tender and wacky photos he took of his grandmother for over 15 years (instagram: themamika). It was when he saw her depressed from boredom that he decided to have her pose. A few days ago she left to join the angels, she had just turned 102! But with the 15,000 pictures he took of her over time, he made her immortal. His taste for directing made me want to know more about his work and I discovered mind-blowing shots that suggest titanic work worthy of Hollywood super productions where every detail counts. His engine, passion. His universe, popular culture. He cut his teeth with a Rolleiflex, in medium format: ” It is the best school because it is technical and leaves little room for error. He was also artistic director for 15 years, rubbing shoulders with photographers and directors of all kinds. Then he decided to quit his job to go back to school, heading for the Gobelins school. This is where he decided to take photography more seriously. Series were then born with, among other things, the character of Mamika (his grandmother with whom he had a strong relationship until her last breath), whom he liked to transform into a super héroïne. Other series will follow, featuring heroes of all stripes but also other members of his family who are essential to him because he is much more attached to people than to places. Humble and rather discreet by nature, the man keeps a lot of things in perspective. He is currently exhibiting at Galerie 28 Vignon Street in Antwerp the series “770 Lubavitch of Brooklyn”. He also is working on several projects: “Animan” a series in platinum Palladium print, “Extra not soterraste” which was shot a year ago in LA and “I want to believe” produced four months ago in Brazil. At the same time, he is preparing two books projects.… To be followed!

Sacha Goldberger : I must have been 8 years old, when I was on horseback with Napoleon, he had just won the battle of Austerlitz not far from the Jardin des Plantes, and he was wearing a salsify costume, or a hotdog I don’t remember it was a long time ago… I pulled out my large format camera, he repositioned the slice of salad. “Be careful, the bird will come out.” The flash worked. We waited, waited… No bird came out. We got back on our respective horses. Our paths have parted. Since then, not a letter, not a text, nothing. I wonder what happened to him.

Sacha Goldberger : The first photo on the moon … I probably would have staged it. : “Turn your head a little, fine… Neil, take off that helmet, voilaaaaa… Can’t you breathe? Concentrate, look at the earth, lower your eyes a little … Prouder … ouiiiiii that’s perfect…. One thing is certain, I would not have taken a garbage bag …

Sacha Goldberger : A photo of John Stezaker of unknown title that I discovered at the “Geste” exhibit. Stezaker cuts and mixes black and white period photos, always with a strong idea. He transforms traditional photography and plays with it.

Sacha Goldberger : A copy of one of my series made by a former gallery owner under a pseudonym with my retoucher at the time …

Sacha Goldberger : It is to make the bird that is about to come out look more like a dragon than a canary.

Sacha Goldberger : It’s the unexpected thing that happens when shooting an image imagined long in advance where you think there is no room for chance.

The camera when you started out?

Sacha Goldberger : A Rolleiflex… with a hand cell and 120 film.

Sacha Goldberger : My old Hasselblad 503 CW with a 4 ½ 6 film back, a Leica M6 film camera and an Alpa 12 SWA camera. Put in automatic mode.

Sacha Goldberger : The unexpected in all its forms.

Sacha Goldberger : Jacques Chirac with a chicken costume as a reminder that you should never take yourself too seriously.

Sacha Goldberger : President of the Republic or Casimir, too complicated …

Sacha Goldberger : Having self-produced the « Louis CXIV » series. This is a production worthy of a motion picture. I had all the costumes custom made as well as the hairstyles. We also designed and made all of the futuristic objects in the series. Imagine the Sun King and his court being the heroes of an intergalactic saga imagined by themselves. Vincent Perez, Pierre Richard, Aurélie Dupont, Louise Bourgouin, Amira Casar, Matthieu Chedid, Caterina Murano, David Abiker, Pauline Lefèvre, my 102-year-old grandmother Mamika, in all 25 characters. What a cast … Matthieu Chedid composed 5 songs, we are currently working on a perfume for the exhibition. This is my craziest project.

Sacha Goldberger : It is not to have been able to photograph Jean Paul Belmondo in the Louis CXIV series. I am one of his absolute fans.

Sacha Goldberger : Instagram. It’s funny to think that we take 150 million pixel photos with teams of 70 people and show them on cell phones. At the same time, Instagram also makes it possible to discover prints 15 meters high by 50 meters long from the series “Les Compagnons renaissance” rue François 1er that we can then go and see.

Sacha Goldberger : Black and white with sometimes a hint of color. I’m learning how to print platinum / palladium, it’s amazing.

Sacha Goldberger : A bit of both.

Sacha Goldberger : I would definitely ask him to pose for me. I think I would negotiate for him to shave, and I would ask him to pose nude with an apple. I would add a fig leaf to be able to post the photo on Instagram …

Sacha Goldberger : “E-vacuum”, a photo from the series “I want to believe”. Roswell crashed into earth, he’s vacuuming the desert. An apocalyptic image with a touch of humor. It might be time to clean up our planet…