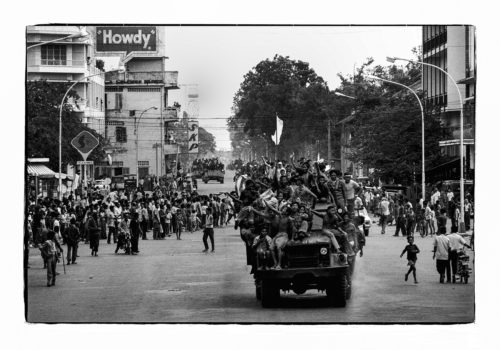 Preview
Roland Neveu : Between Conflicts and Hollywood
In 1973, Roland Neveu left Brittany and flew to Cambodia where the war was raging. Two years later, while working for the Gamma photo agency, he immortalized the fall of Phnom Penh under siege by the Khmer Rouge, which made him definitely enter the big leagues. Motivation pegged to his body, he naturally specialized in war photography and covered conflicts around the world for the biggest magazines, including Newsweek, Paris Match and Time Magazine. In addition to his work in Southeast Asia, he also covered the fractured realities of Afghanistan, Lebanon, Uganda and El Salvador. In 1979, he joined Gamma Liaison in New York.
A few years later, he flew to Los Angeles, a destination that marked a new turning point in his life as he became a Hollywood set photographer. For five years, he worked with directors such as Oliver Stone, Ridley Scott and Brian de Palma, to name a few.
The virus of the ‘Grand Reportage’ having never left him, Roland Neveu continued in parallel to criss-cross the planet to cover the fall of Ceausescu in Romania, the repression of Tian An Men in China, but also the crisis of the Kurdish refugees, the war of Afghanistan or the Tuareg rebellion in Africa.
In 1992, the call of Asia became stronger and he moved to Bangkok where he started working with his Thai wife’s family in TV and film production. He then created Asia Horizons Books, a company specialized in the publication of tourist guides and fine books.
Almost 50 years after his beginnings, his name remains a reference for great reportage and his passion for photography is still as alive as ever.

Roland Neveu : I don’t think I remember! It was with a camera like Kodak 126…

RN : At the beginning, Giles Caron, then Don McCullin…

The image that you would have liked to make?

RN : The photo of Nixon getting out of his plane (election campaign) by Raymond Depardon. 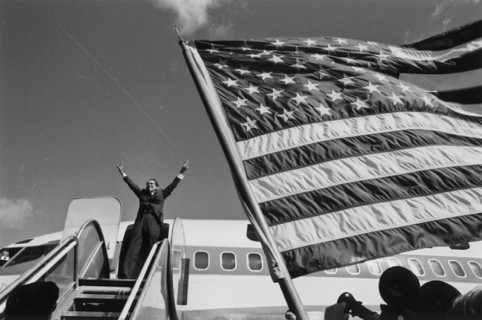 RN : The massacre in Bangladesh by Michel Laurent.

RN : The execution of a Vietcong in Saigon in 1968 by Eddie Adams. 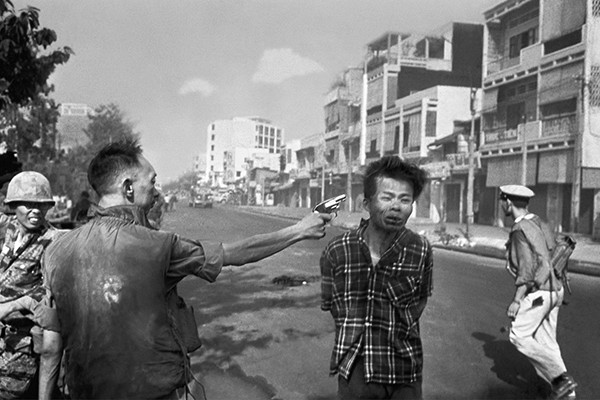 RN : Perceptive or patient (there are many).

RN : There is no secret, there are only extra-ordinary images!

RN : The days of doing nothing.

RN : There are quite a few: not daring to become a photojournalist earlier!

RN : The desperation of starving refugees.