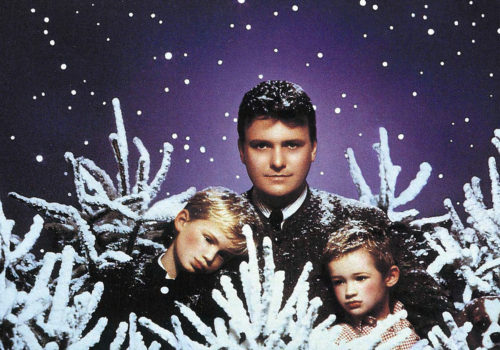 Avant-garde or pioneer for some, visionary for others, Jean-Charles de Castelbajac is above all a multidisciplinary artist and a man of a thousand trades. His strong point: to have the ability to foresee the social and fashion trends of tomorrow.

He is a free soul which probably makes him one of those rare success stories in all the disciplines he has set for himself. Going through his portfolio is like looking at a universal encyclopedia of the last five decades.

Jean Charles began his career with his mother, Jeanne-Blanche de Castelbajac, with whom he launched Ko and Co in 1968. A year later, he created the controversial Jesus Jeans, a denim brand. Then, in 1974, he was one of the founders of Iceberg and, four years later, he decided to create his eponymous brand, Jean-Charles de Castelbajac.

Curious by nature, but also restless and irreverent, he has never made clothing for the sake of it. His creations mix the old and the new, the pop and the punk, the beautiful and the ugly, earning him the nickname “the king of the anti-conventional”.

During his years of creations, he has had the pleasure of collaborating with such prestigious names as Andy Warhol, Keith Haring or Jean-Michel Basquiat, as well as houses such as Max Mara, Courrèges,Ellesse, Rossignol, and Le Coq Sportif. designing furniture, tableware, and creating haute couture collections.

For the youngest he is probably synonymous with : “Obama sequin dress” worn by Katy Perry at the European Music Awards in 2008, or the “Kermit The Frog coat” chosen by Lady Gaga in 2009. However, long before that, the designer had already imagined “the” Teddy Bear coat now exhibited at the Costume Institute of the Metropolitan Museum of Art in New York. His creations have also been displayed at New York’s Institute of Fashion and Technology, London’s Victoria&Albert Museum and the Galliera Museum in Paris. that is to say!

Inspired by women, with a transversal personality, daring and fearless, Jean-Charles de Castelbajac never stops. He loves and has always loved color, even when the fashion was monochrome, without forgetting ecology, the idea of quality, democratic clothing and details that make a difference.

In 1997, he dressed Pope John Paul II, hundreds of church members and thousands of children in an unprecedented ceremony.

In 2018 he was the guest artistic director at the Paris Biennale.

In 2019, he took over the artistic direction of Benetton with whom he shares a taste for color, knitwear, sportswear and most importantly, irony . He is dusting off the sleeping beauty while reviving its precious heritage.

What motivates his constant creativity: to make people’s wishes come true, to be able to imagine what they hope to find, to rethink the way he works, because the air is the internet. He likes to break the rules between art and fashion, break down the walls between music and fashion, and between architecture and fashion to better create his world.

It is on the occasion of his exhibition-workshop “The People of Tomorrow” for children which is currently taking place at the Centre Pompidou (and this until Monday, May 09, 2022), that Jean Charles de Castelbajac agreed to play the game of our Questionnaire.

J.C. de Castelbajac : I was 16 years old, and it was during an exhibition of Raoul Hausmann who was a writer, a photographer and a Dadaist visual artist, nicknamed “Der Dadasophe”. And I was very interested in one image in particular, it was a character lying in levitation, it allowed me to understand that photography had the capacity to translate another reality.

J.C. de Castelbajac: The first person who made me aware of the power of images was the photographer Marie-Laure de Decker. And more recently, I would cite the work of Jean-Baptiste Talbourdet-Napoleone, artistic director of M le Monde, whom I find very inspiring, because his selection of images are challenging, captivating and that they go with the time while they are in contact with history

J.C. de Castelbajac: The capture of Iwo Jima, it is the photograph of the Marines erecting the flag at the top of Mount Suribachi taken on February 23, 1945 by the American photographer Joe Rosenthal. 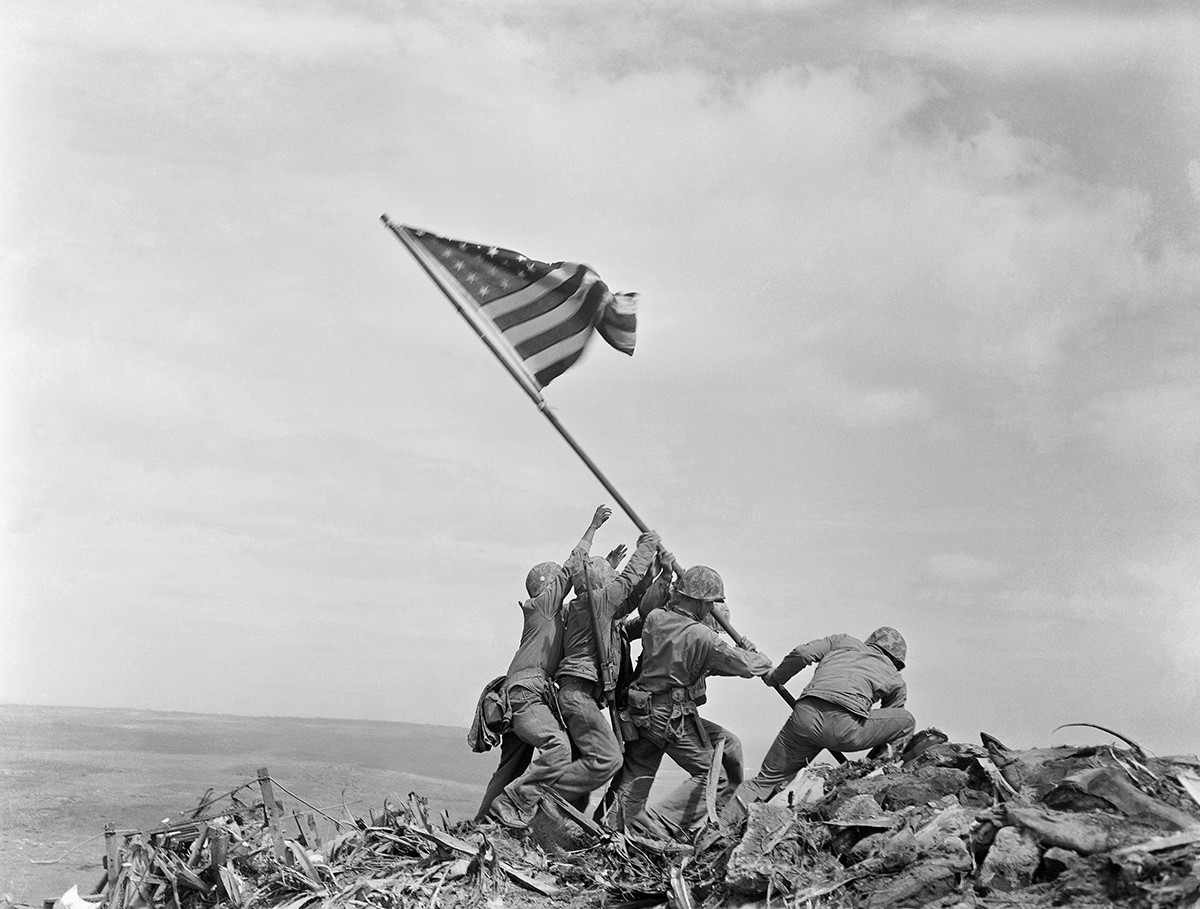 J.C. de Castelbajac: The incredible photo of Vitor Hugo on his deathbed taken by Nadar because he really captured the departing friend. 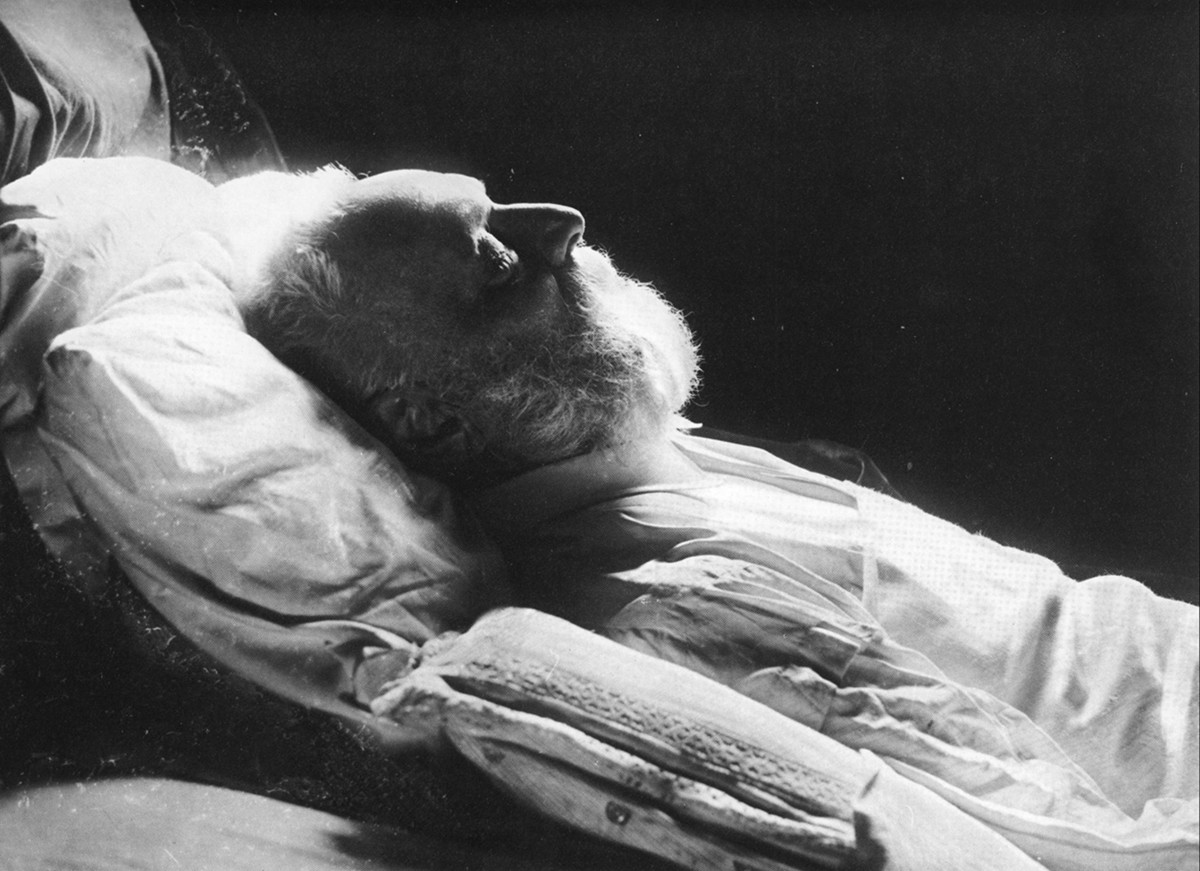 J.C. de Castelbajac: The one, of course, of Kim Phuc Phan Thi, “The little girl with napalm” done by Nick Ut. But also, this photo by Jack Holt of General Chris Donahue, the last American soldier leaving Kabul on August 30th 2021.

J.C. de Castelbajac: In an egocentric way, it would be a portrait of me made in 1978, by Duane Michals where he represents me with my guardian angel, so I am doubled.

J.C. de Castelbajac: To know how to crystallize the invisible.

J.C. de Castelbajac : It is to be able to cross the centuries to seize us. And among those who, for me, have been able to achieve this, I will quote two photographers of the 19th century who are Matthew Brady and Gustave le Gray.

J.C. de Castelbajac : I would like to photograph the child I was.

J.C. de Castelbajac : It changes all the time. At the moment I would like to quote an exhibition catalog called “Soulèvement” which comes from an exhibition at the Jeu de Paume on street fighting.

J.C. de Castelbajac : An instamatic, then a Polaroid SX70

J.C. de Castelbajac : Doing simple things with those I love, but also going to the end of the night carried by conversations with intellectuals and enthusiasts in front of me.

J.C. de Castelbajac: I have so many (laughs)… I’m kidding. But to answer you more seriously, I would say benevolence and transmission.

J.C. de Castelbajac : A woman according to me, so I would say Pauline, my wife.

Which job would you not have liked to do?

J.C. de Castelbajac: Anything that has to do with administration… But at the same time nothing is irreversible, because my friend Malcolm McLaren always told me that one day I would end up pruning rose bushes and that I would like that. To this I replied that it was impossible, and in fact today I love it!

J.C. de Castelbajac : Without a doubt, I have always tried to work with my opposite by seeking out artists who were the opposite of my vision of the world and who awakened other paths in me.

What values do you wish to share through your work?

J.C. de Castelbajac: Openness to creativity. I hope that my work will act as a door to a collective unconscious and that it will participate in the revelation of talents.

What city, country or culture would you like to discover?

J.C. de Castelbajac: The Gers for its light and because I come from there!

J.C. de Castelbajac: Not having had the time to converse longer with my father.

J.C. de Castelbajac : Florence, the place where I lived the most beautiful twilight

J.C. de Castelbajac: But God exists! And I have other questions to ask him …

J.C. de Castelbajac : We are spoilt for choice : the forests on fire, the crazy torrents, the Kabul airport… and the list is long.

J.C. de Castelbajac : I already redo everything every day, every morning is the beginning of a book.