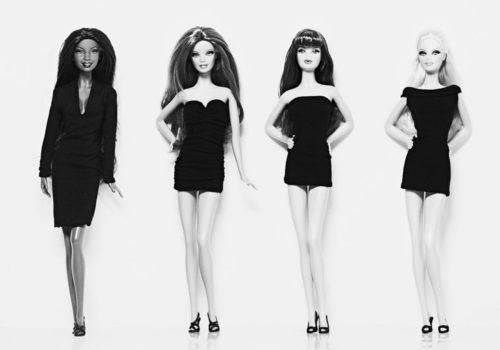 Atypical character of the Parisian night, Bruce Meritte has always been, as far as he remembers, passionate about images.
Born in Paris, in April 1968, he started his life with a shout that already meant “enjoy your fuckin’ life”, a motto that will later govern his every move and had a tattoo made on his arm to remember, “You never know!
With his baccalaureate in hand, he enrolled at ASSAS university and at the same time, in a business school. But what really thrilled him was the “Night world”.
He quickly became a key figure of the Parisian nightlife organizing parties in the most emblematic and popular clubs of the capital. From the “Bus Palladium”, to the “Bains”, through the “Palace”, “Chez Régine” or the “Duplex”, no place resisted his innovative ideas before  he became the owner of the “Villa Barclay”, a mythical club of the 90s.
Curious, jack-of-all-trades and eager for new experiences, he then worked with Fabien Ontoniente on the music for the film “Camping”, then with Sébastien Chabal during the 2007 Rugby World Cup or for the Dupont brand for whom he created the DJ Case.
In 2009, when Michael Jackson died, he had the idea to take pictures of these figurines that he had been collecting since he was young. He has more than 500 of them. From Casimir to Maryline Monroe through Steve McQueen or Frank Sinatra, Barrack Obama or Daft Punk, not a character escaped him. A collection acquired over the years hunting in flea markets, attics, or by conducting hours of research on the Internet.
Thus, he stages them with always a touch of humor and provocation, then photographs them. Very quickly he exhibited his creations, first at the Think & More Gallery, then at the Black Block at the Palais de Tokyo, but also at Fouquet’s, and at the Pierre Cardin Gallery.
His success earned him the privilege of being included in prestigious sales at Artcurial and Drouot.
His influences are at the border of pop-art and advertising… which is not really a coincidence, as his father was the head of an advertising agency in the 80s and he spent a lot of time there.
His works often offer a double reading behind a positive message. His inspiration comes from life, from the corner of a street, from a book, from listening to music or even from his numerous trips.
Another of his passions is music, which is part of his DNA and will always have a big place in his life.
An eternal optimist, Bruce has chosen, despite the ups and downs of life, to always see the positive side of things. In fact, every morning, in front of the mirror, he repeats to himself: “happiness is an habitude”, one of his favorite sentences that his friend Jean-François Magne taught him a long time ago.
His life is a succession of unlikely encounters that have allowed him to live magnificent moments. Sometimes provocative, he likes to disturb, to jostle people to make them think. But is this not the role of art?

Website : www.brucemeritte.com
Currently some of his works are visible at La Cave de Mathias in Chateauneuf du Pape : www.cavemathias.wine

The man of images who inspires you ?
Bruce Meritte: Andy Warhol

The image you would have liked to make?
Bruce Meritte: The one I haven’t made yet, and that I will probably make soon ! (Laughs)

The one that moved you the most?
Bruce Meritte: Almost all the Benetton ads by Olivero Toscani

And the one that made you angry?
Bruce Meritte: “Rhein II” by Andréas Gursky, this rather innocuous photo shows the madness that is taking over the art photo market. It was estimated to fetch between $2.5 and $3 million, and sold at auction 10 years ago for a whopping $4,338,500 (€3,190,987)… A bit overestimated, don’t you think?

A key image in your personal pantheon?
Bruce Meritte: These are two images by Helmut Newton : “Sie Kommen (Dressed and Naked)”, made in Paris in 1981

What is the most important quality to be a good photographer?
Bruce Meritte: To be able to capture the moment without anyone noticing.

The secret of the perfect image, if it exists?
Bruce Meritte: It is never the same and always depends on a click

The person you would dream of photographing?
Bruce Meritte: Banksy

An essential photo book?
Bruce Meritte: There are too many, but if I had to name one, I would say “Guess Who?” by Peggy Sirota (Steidl Press). For this book, she contacted various celebrities to donate some of their time to AIDS Project Los Angeles – but asked them to renounce their celebrity status by dressing up to be unrecognizable at first glance. Plus, the caption is an anagram of their name which only adds to the fun of guessing who is in the photo. Her images are full of wit and humor.

What was your early camera?
Bruce Meritte: A disposable Kodak

The one you use today?
Bruce Meritte: A Canon 5D

The best way to disconnect for you?
Bruce Meritte: Music

An image to illustrate a new banknote?
Bruce Meritte: The Bitcoin logo

The job you would not have liked to do?
Bruce Meritte: Accountant

Your biggest extravagance as a photographer?
Bruce Meritte: Staging one of the dolls in my collection in the effigy of Hitler and shooting his portrait.

What values do you want to share through your images?
Bruce Meritte: Happiness, surprise and joy

The city, the country or the culture you dream of discovering?
Bruce Meritte: Japan

The place you never get tired of?
Bruce Meritte: My home without hesitation

Your biggest regret?
Bruce Meritte: I am not the kind of man to have regrets

Color or B&W?
Bruce Meritte: Both

The most photogenic city in your opinion?
Bruce Meritte: Paris of course !

If God existed, would you ask him to pose for you, or would you opt for a selfie with him ?
Bruce Meritte: Yes for a photo and definitely for a selfie too!

Which image represents for you the current state of the world?
Bruce Meritte: The COVID logo

What is missing in today’s world?
Bruce Meritte: Kindness.