“The Photography this Uncertain Witness” by Thierry Maindrault 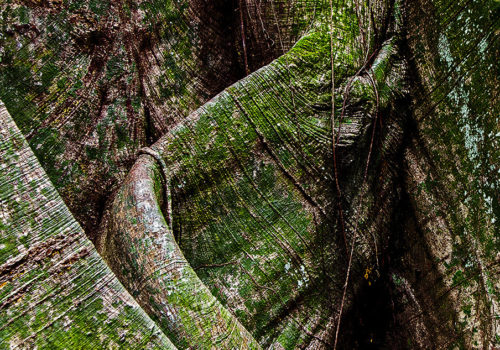 When I began to take an interest in and perfect what I call “uncertain blurring,” I was faced with solving a dilemma. To create a link between the exact physical reality of a faithful marking by light at a precise moment and the subsequent interpretation of this marking by a biological body in perpetual movement with its receptivity. More, the unavoidable time lag between the fixation of the image and its reading does not help the faithfulness of the desired goal. We all know this results obtained with a very ordinary photograph. Depending on the simple position of the reader, the subject photographed will be sharp or blurred at different points in the image, and the overall restitution becomes plural.

It is funny that this technique, found about thirty years ago, has become fashionable in the last two years. The results are more or less convincing, because the technical mastery of the shooting is restrictive to obtain the desired result.

This introduction is a bit tedious for our non-photographer friends; but, it perfectly defines why doubts arise as to the objectivity, the veracity, the neutrality, the honesty of a photographic image. Everyone knows well, since prehistoric times, that all the techniques at the origin of an art reproduction (painting, sculpture, drawing, with the exception of the imprint with some doubts!) involve, both temporally and by the tools used, significant distortions between the subject and the work accomplished. It goes as far as a joke as with the presence of Madame Laetitia Bonaparte at the coronation of her sonny Napoleon, by Jacques Louis David. I will immediately put aside the same voluntarist phenomena in photography. The communist totalitarian regimes (they are not the only ones) have shown us these famous frescoes with the suppression or interchangeability of delegates, from the same shot; but, with different dates for the prints. All these little tricks, of a protocolar order, with voluntarily visibility, even for pictures of marriages, are known.

My remarks and my comments concern the shoots, which are intended to restore a truthful testimony at a precise moment. This hope, this hopefulness perhaps, has been created – since the discovery of photographic techniques – with an extraordinary enthusiasm for their uses. The miracle of being able to restore the truth at a given moment! Humanity thought it was finished with more or less fanciful interpretations of portraits, landscapes, and other still life. The truth was going to be engraved for eternity with silver in the absence of marble. The first results were very encouraging in this direction. The view camera was placed at human height, the focal length of the first lenses represented the angle of human vision, the immobilization imposed on the subjects froze the scene and predisposed its restitution. The illusion seemed perfect. There were quite a few problems with the light; but for everyone, the photograph became the perfect and indisputable witness.

Technologies have evolved towards instantaneous shooting, optics could abandon human vision, equipment became perfectly mobile, even portable. The same river, the same face or the same bouquet of flowers immortalized by five different photographers offered (even before any creative intervention) very disparate images. Without mentioning the five onlookers who in front of the same image would give a different story for each of them.

At the risk of upsetting some of you, I believe that the photographic picture is a perfect false witness (even in anthropometric portraits). Photography, while some of its works are gradually entering the Pantheon of Art, cannot escape human uncertainties.

In addition, it is paradoxical that this imperfect restitution becomes, for photography, a major handicap in the field of creation. Whether conceptual, creative, or sensual the photographic work also remains imperfect in the representation of the conceptual idea. For a healthy vision, I would put aside the armies of botchers and the results of their procrastination which give birth to notorious misunderstandings materialized with technically poor “photos”. Lot of us have met these pitiful results in exhibitions (!). Remember, this photograph with the essential presence of an artistic mediator (obviously a lost trainee) who explained to you in an endless rigmarole the inexplicable. You were lucky if it was not the author, in flesh and blood, who poured out his moods in front of three speechless fans.

Let’s be serious, photography for real creators and other researchers, in permanent doubt, is very far from bringing back the concepts of the imagination. The technical straitjacket if it makes it possible to obtain very astonishing results, also remains a set of constraints which can require weeks and more of work, to obtain an artwork as close as possible to the concept. But no illusion, the testimony of the spirit will remain as approximate as our previous rendering of a very concrete still life.

Whatever the value and capabilities of a camera and its magic trigger, the image obtained will remain imperfect in its restitution. Even if we remain in the hypothetical domain of a cold material representation of its realization and objective perception. The reading of the work will be humanly distorted for the reader. Without neglecting the hidden face of our photographic image which, as in all works of art, imposes itself as the determining part of the message. This impalpable visible defines history, the subjective emotion that it conveys through the infinity of codes that govern the communications of our Cultures.

I will therefore forget our witness – the photograph – which is becoming dubious in the literal sense; but in the absolute, is not that what allows it to enter the famous Pantheon of Art.