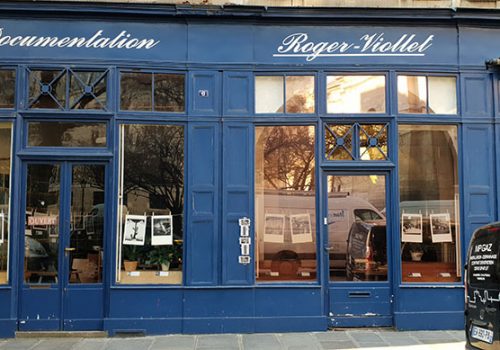 From November 12 to 15, 2019, during the next city council of Paris, the fate of the Roger-Viollet news agency managed by La Parisienne de Photographie will be sealed after more than two years of procrastination by the Paris municipality.

On June 13, 2017, the agency’s staff and a few dozen photographers and image professionals gathered Place de l’Hôtel de Ville in Paris to “save Roger-Viollet”. It was already known that the municipality headed by Anne Hidalgo wanted to get rid of the diffusion of the cumbersome legacy of the Roger-Viollet couple.

On the death of Hélène Roger-Viollet and Jean Fischer her husband, Jacques Chirac, then mayor of the capital, had accepted a legacy of about 12 million photographs covering more than a century of photography. One time, Henri Bureau, the former photographer and editor of Sygma had directed this agency, then Roger-Viollet had passed under the thumb of the Parisian society of Photography, a mixed economy company …

In final December 13, 2018, the city council had accepted a concession of the photographic funds of the City of Paris including those of Roger-Viollet and France-Soir. Huge historical backgrounds that span more than a century. Several news agencies, Sipa, Gamma-Rapho, Abaca, AKG had expressed their interest. But specifications that seemed to have been written by Ubu quickly discouraged them.

The City of Paris required the takeover of twelve employees, a rent of € 100,000 for the very well located headquarters rue de Seine in Paris, in the heart of Saint-Germain-des-Prés. In addition, if the City of Paris pledged to provide a few hundred thousand scans from the funds, but the conditions for new scans appeared very complicated and too heavy for exploitation for the news. One example: when Notre-Dame de Paris burned, the press was interested in consulting all the archives on the history of the building. If it is necessary to gather an administrative commission to reach it, the magazines will be “printed and sold” before any decision can be made!

In the end, according to our information, there were only two candidates for this tender: the Reunion des Musées Nationaux (RMN) agency and an NDLR company that operates funds under the brands: photononstop, Grafic Obsession , Smartlike and The Photo Library. According to our information, the RMN has never shown great interest in this concession because of a bill aimed at “open content” for all the museums. It would be the company NDLR which would have the favor of the commission in charge to present the solution to the elected officials……..

Discover the other sites of NDLR

Biosphoto.com: “the European reference for wildlife photography and naturalism”

Biosgarden.com: “the only site dedicated to garden images and creative hobbies”

Biosmotion.com: “View and buy clips on the world’s largest royalty-free, rights-managed video bank from thousands of contributors around the world. ”