Jean-Philippe Charbonnier : The harsh hours of the Island of Sein 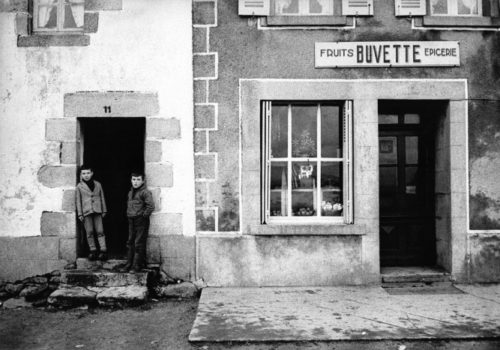 The encounter of this globetrotter with the inhabitants of the island of Sein on their bits of rocks beaten by the storms off Pointe du Raz gave rise to a striking reportage. In this year 1956, the magazine Réalités sent him to witness the very harsh times of the Senans. The subject was published on 8 pages in number 134 in March 1957.

“It is on another island that I would like to stop from time to time. Stop my steps, stop the mechanics of my head. The climate is not very Filipino and the heat, essentially human: it is the island of Sein. (…)

Don’t ask questions, don’t impose yourself. Don’t be hypocritical: “So, how is it going, Father Mathieu?” ”, Nor the friendly kind, who forces himself and who knows about fishing. Do not take pictures casually, do not brandish your banknotes, or you will be properly expelled, like the too smart filmmakers of God needs men, who had to go and film on the continent. “We don’t like tourists here”. (…)

Thanks haven, the rector of the island of Sein vouched from the pulpit of my intentions and the Senans began to come and sniff me. I didn’t start offering drinks until I felt they would be welcomed, and soon enough they were. (…) And spontaneously, in my presence, people suddenly tried to stop speaking Breton. And they offered me a drink, or to go to sea, and they said hello to me on the street, and the kids accompanied me through the narrow alleys and the rocks. And I stood on the quays with the silent fishermen straight in the rain, waiting like them for a better time, a possible time. (…)

They had beautiful faces, their kids with good heads, their wives were alluring. Perfectly healthy and simple people, not primary at all. (…)

In this tiny, flat and tortured island, where I had at first been more out of place than at the end of the world, I found myself completely at home. It’s wonderful, these places where you can calmly take pleasure in what is on offer, where you do not speak when you have nothing to say, where people are not for sale. The sweet winter night, under the quilt, when the wind blows and the fog horn blows, when the lighthouse lights the room and envelops its uncertain houses and uncertain waves, we sleep in peace, earth protected by water, bitterness by friendship. ”