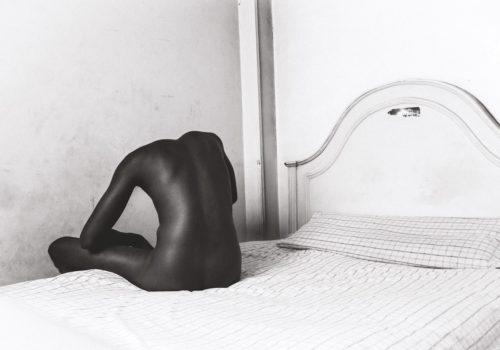 Rencontres de Bamako, chapter 5 – Dwelling made of grains of the rain of the deluge

The Rencontres de Bamako – Africain biennal of photography delivers a high-flying 2022 edition, focused on “multiplicity, difference, becoming and heritage”. Our correspondent Arthur Dayras reports on the fifth and final exhibition at the Bamako Museum.

A school canteen, a train station, a memorial, a photographic center and two museums. The Rencontres de Bamako have nothing to envy to those of Arles. They cover the city, integrate some spaces in the daily life of the inhabitants of the Malian capital or invest in places charged with memory. The last stage leads to the Bamako District Museum, also known as the Municipal Museum, with a few honks of the horns and some friction with the horde of scooters.

In addition to the program of the Rencontres, the museum also houses an exhibition on the abducted children of Arnold Grojean, “Problèmes mineurs” (we will come back to this). This fifth chapter of the Rencontres focuses on a body of artists who question, at the heart of their work, the notion of flows. “These can be physical or geographical, crossing countries, beyond borders, transcending temporalities – constantly moving between past, present and future; constantly questioning, not to say refuting, the linearity of time; pleading for new conceptions of time, other than those called cyclical, in spiral, discontinuous or troubled,” says the curator of the Biennale, Bonaventure Soh Bejeng Ndikung.

The flow forms an obvious component of the aerial photographs of the artist Uiler Costa-Santos. His vertical framing plays with the landscapes of the bay of Todos-os-Santos in Brazil, its rivers and soils, cavities and reliefs, natures and port areas. His fluid landscapes, whose zones remain difficult to identify, form abstractions that can, in many ways, recall the abstractions of Lionel Sabatté or the more classical aerial photography of Arthus-Bertrand.

The notion of fluid seems less obvious to grasp in the short film Mosulu by Aïcha Diallo (2020). Mosulu means woman in Bambara, the most widely spoken language in Mali. In this video, a young man recalls the women who may have mattered to him, and by extension the role and future of women in Malian society. “What is the true value of a woman?” What are African femininities? Is it a singular or shared notion?” are some of the questions posed simply by the film’s subject matter.

It often happens that an exhibition is held together by only one work. Not that the others on the walls are weak! Not that the exhibition is badly constructed or unbalanced. But a work can puncture the eyes, become a fascination if not a standard-bearer, remain in memory and become deeply rooted. This is the case of Salih Basheer’s The Home Seekers. This black body slumped on itself, sitting on a made bed, straightforward in its drapery, arouses curiosity. The image is worth a different dream for each one of us, as a story is read differently from one reader to another. What does this tired body say? Is it a slouching? Is it a tiredness of the existence? Is it the beginnings of love? Is it its confinement? Does it underline a violence? Or a simple fragility? Other questions still come up, which would cover a whole page.