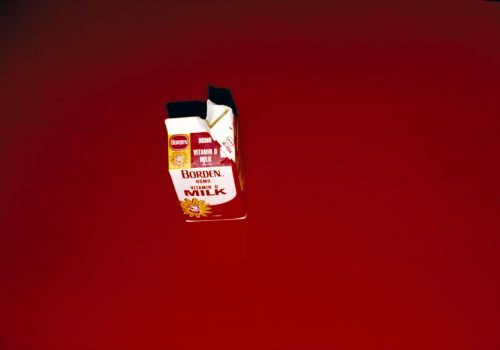 There are names in the history of photography which function as markers of a school of thought, and Stephen Shore is one of them. We know only too well his contribution as a pioneer of color photography and a poet of the banal. Often, when concerning major photographers, monographic exhibitions confuse biographic account and historiographic narrative. It is difficult to take a new look at work when it has been so digested, copied, interpreted, and put through the mill by critique and analysis. The exhibition Stephen Shore at the Museum of Modern Art in New York seems to have avoided this pitfall, and its curator, Quentin Bajac, has succeeded beautifully in sponging off the cliché from the work of Stephen Shore just as we though it was almost fossilized.

The exhibition is broadened beyond the major works American Surfaces and Uncommon Places from the 1970s and 1980s and draws upon his first street photos from the early 1960s and his images of the Factory and Andy Warhol in the late 1960s. It also covers his most recent productions like his landscapes, his self-produced books, and his Instagram account. Above all, it brings about something refreshing when it seems to digress. The two spaces dedicated to his commissioned work and to his teaching work clarify the biographic account a little more. The choice to present images from American Surfaces in their original hanging– without a frame, in small-format, simply adhered to the wall– returns to them a welcomed simplicity. The section dedicated to the excellent exhibition All the meat you can eat from 1971 seems to be a relatively easy retrospective reading (we can already detect Stephen Shore’s taste for the banal and amateur photography), but it has the merit to think of the transition between his conceptual period and his vernacular production, far from the cliché of the “rupture”.

The exhibition succeeds in what it wanted to do, and the catalogue sums it up even more clearly. Going through Stephen Shore’s work in a different manner shows that it is much more prolific, even more contradictory, that we had ordinarily thought. Certain scenographic choices could seem less enchanting, like books suspended from the ceiling or this selection by Stephen Shore himself of photographs from other artists. However, we must say, even seen again and again, these images remain both extremely beautiful and so simple that one can very much enjoy lingering among these little treasures.

Hugo Fortin is an author specialized in photography and based in New York.