War against terrorism through the eyes of Edmund Clark 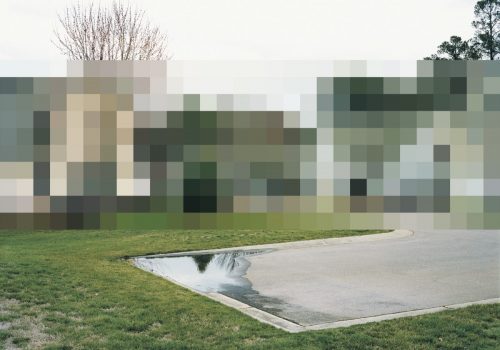 Through early May, the International Center of Photography in New York is hosting a new exhibition, The Day the Music Died. Titled after Don McLean’s 1971 pop song, The American Pie, the exhibition brings together photographs, videos, and installations of the British artist Edmund Clark. His work, exhibited for the first time in the United States, is an inquiry into American incarceration programs in Guantanamo Bay and secret CIA prisons created in the wake of the September 11 attacks as part of President George W. Bush’s “War on Terror.”

The eight projects featured in the exhibition all work toward a single central project of political engagement. One of the common threads is the use of documents declassified by American authorities and displaying them as works of art in their own right: redacted pages, scans printed to scale or in a larger format. While the artist plays with their formal and aesthetic qualities, the site of the questioning is elsewhere: Edmund Clark is interested in the strings of power, not merely the top-down hierarchy of censorship and oppression, but also power that operates through machinery as discreet as it is effective.

One installation shows declassified transcripts of electronic conversations about clandestine prisoner transports: there are costs estimates, coded quotes, etc., all those little decisions that Edmund Clark condemns as acts complicit with a system that never operates on its own, in isolation. Another project, Letter to Omar, focuses on a campaign to free a British prisoner, organized by his family and an NGO: masses of letters and postcards were sent on his behalf, opposing his detention by the U.S. administration. These messages were never transmitted as such, but only as printed scans bearing official stamps of approval. They had an effect opposite to the original intention: the detainee received these letters and believed that they were generated by the CIA, which only heightened his paranoia. It is this kind of power, more insidious and more discreet, that Edmund Clarke tries to address.

Several works involve photography. The series Negative Publicity is an investigation into the CIA-run secret prisons in Europe, presently abandoned: some of the photographs have been redacted by the artist in order to reenact the gesture which reveals by the very act of concealing. The project Guantanamo—If the Light Goes Out juxtaposes photographs of intimate spaces in a detention center and the detainees’ former homes with the living environment of the guards.

Edmund Clark’s exhibition, as he himself admits, is part of a larger inquiry into photography as a document and as a vehicle of truth. Truth is never conveyed in a linear manner; its transmission always suffers from interference or clarification, whether by ourselves or by discourse, the text or the context. This relationship between text and image seems to be at the heart of Clark’s work; this is made clear in a programmatic—and maybe iconoclastic, in the historical sense of the word—video, Orange Screen, which shows nothing but words, as if in an attempt to present an image without actually showing it, through description alone. Conversely, Edmund Clark’s photographs are always taken as part of a discourse from which they cannot be easily disassociated: he is as much an artist as an investigator.

Hugo Fortin is a New York-based writer specializing in photography.