Savile Row –For the joy of men 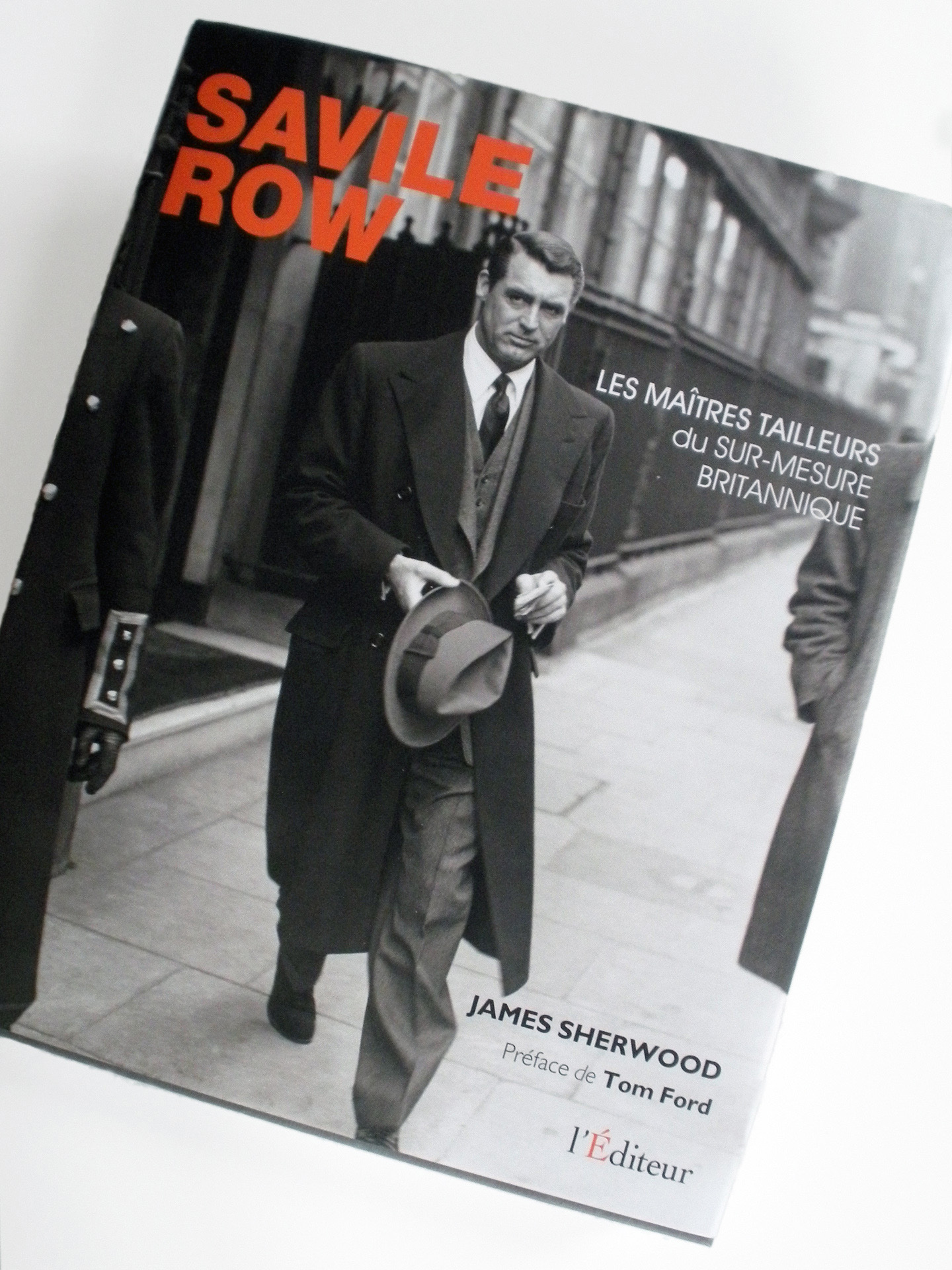 A street, a neighborhood, a principality in the heart of London:
Savile Row. In this kingdom where since the 18th century, tailors rule, one sacrifices all to the cult of custom made menswear. A sumptuously illustrated book by James Sherwood, “The London Cut: The Master Tailors of British Bespoke” was just released and tells the story, through time, of it’s the fashion’s most adept politicians, princes, movie stars, rock stars. These majority of these previously unreleased images came from the archives of several centuries old manufacturers.

Entering this territory of masculine elegance, one discovers a language unknown to the profane. People turn their bodies over here to expert hands who dress them in soft or voluptuous fabrics, clothes that will hug their shapes, whether young, old, heavy or thin. A large part of the book is devoted to the meticulous, intelligent work photographed by Guy Hills: here a tailor’s hands, fabric sculptors, are worth their weight in gold. From designer to designer, we discover the actors of this theater of elegance, but also their most loyal patrons – in beautiful black and white pictures – dandies including Cary Grant, the ultimate fashion Prince, featured on the book’s cover.

Throughout the pages of this elegant masculine trip, we discover Hollywood stars including Gary Cooper, Fred Astaire, Clark Gable, Sammy Davis Jr., etc…. full pages for Steve McQueen, Michael Caine, or even Roger Moore with the disco Diva Grace Jones etc… But Savile Row also owes its notoriety and its renaissance to rock stars including the Beatles, John Lennon, George Harrison, who each had a Savile Row collection, as did the Stones (pictures of Mick Jagger, Charlie Watts) or even the Thin White Duke David Bowie, pictured here in a tuxedo alongside his wife Iman, without forgetting the dandy from Roxy Music, Bryan Ferry. A fabulous picture of Elton John, (taken in the 70’s by Norman Parkinson) wearing an extravagant suit designed by Edward Sexton who was, before Oscar Boateng, on of the best young tailor kings of Savile Row.

The book also provides the occasion to discover the original publicity pictures by John Spinks for Richard James, a Savile Row giant. Guy Hills was the author of the impressive group shot of the master tailors. This book is designed for lovers of unpublished archival photos, and for anyone who dreams of one day owning a custom made Savile Row suit.
Paul Alessandrini

« With an evening coat and a white tie, anybody, even a stock broker, can gain a reputation for being civilized » oscar wilde