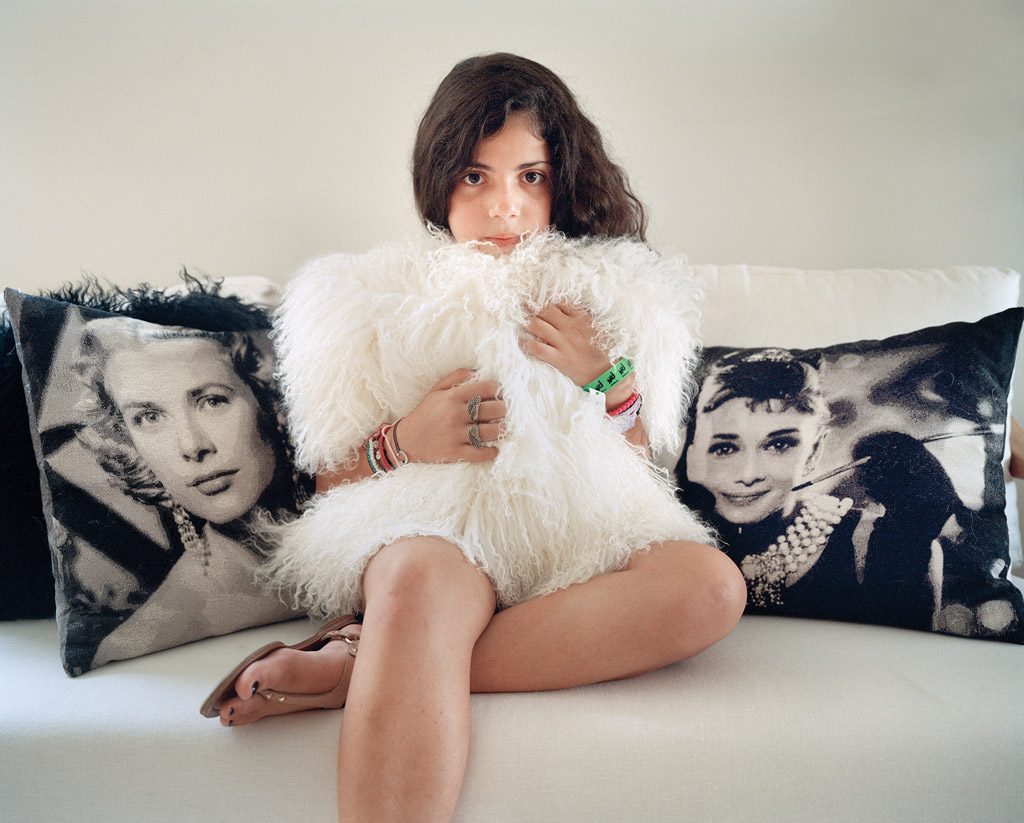 In today’s world of endless photographing, tagging, and posting images online, when millions of photographs are taken and shared on a daily basis, what is a preteen girl’s relationship to a camera? As smartphone cameras and selfie-sticks transform photography and self-representation, the girls in these poignant portraits encounter the world of analog photography for the first time when photographed by Rania Matar.

Matar uses a medium format 6 x 7 film camera, and her young subjects cannot instantly see the photographs she has taken of them on the back of her camera. Accustomed to the instant gratification of viewing themselves through digital photography, the girls experience the suspense of not knowing immediately how they will be represented. She asked each subject not to smile, a request that forces them to pause and reflect. It also goes against what most photographers tell them and against the playful “selfie” culture, leaving them exposed to the camera in a new way.

The introduction to film photography combined with being asked not to smile contributes to Matar’s success in capturing the authentic emotions, stances, and gazes of her subjects. L’Enfant-Femme portrays how young women between the ages of eight and thirteen interact with the camera, and it reveals their identities in deeply personal and poetic ways. The series is about representation, about looking, about being looked at, and about being in transition.

When facing the camera at the dawn of adolescence, girls are exposed in a new and different way, reminding us of the fragile self-image of a preteen. Matar beautifully captures girls’ developing identities at this key moment in their lives. She is drawn to the angst, the self-confidence or lack thereof, the body language, the sense of selfhood, and the emerging sense of sexuality, femininity, and womanhood that girls this age begin to experience. Matar’s investigation into this formative period of a woman’s life is a reminder of the necessity to understand each other.

The girls here are identified on each page by their first names and ages. The simplicity of these identifying facts initially leaves us curious about each girl – where is she from and where was the photograph taken? Matar’s photographs are taken in many different settings in both the United States and Lebanon, from Syrian refugee girls on the streets of Beirut and Palestinian refugee camps in Lebanon to upper-class homes in Beirut and Boston. However, as we turn the pages – each plate a poetic plethora of emotions and feelings – the photographs themselves share more about each girl than any verbal description would.

Excerpt from the essay Personal, Intimate, and Universal Exposures, by Kristen Gresh*, for L’Enfant-Femme

*Kristen Gresh is the Estrellita and Yousuf Karsh Curator of Photographs at the Museum of Fine Arts, Boston (MFA).

Rania Matar –A Girl and Her Room

Boston: Rania Matar, Girls In Between