Boston: Rania Matar, Girls In Between 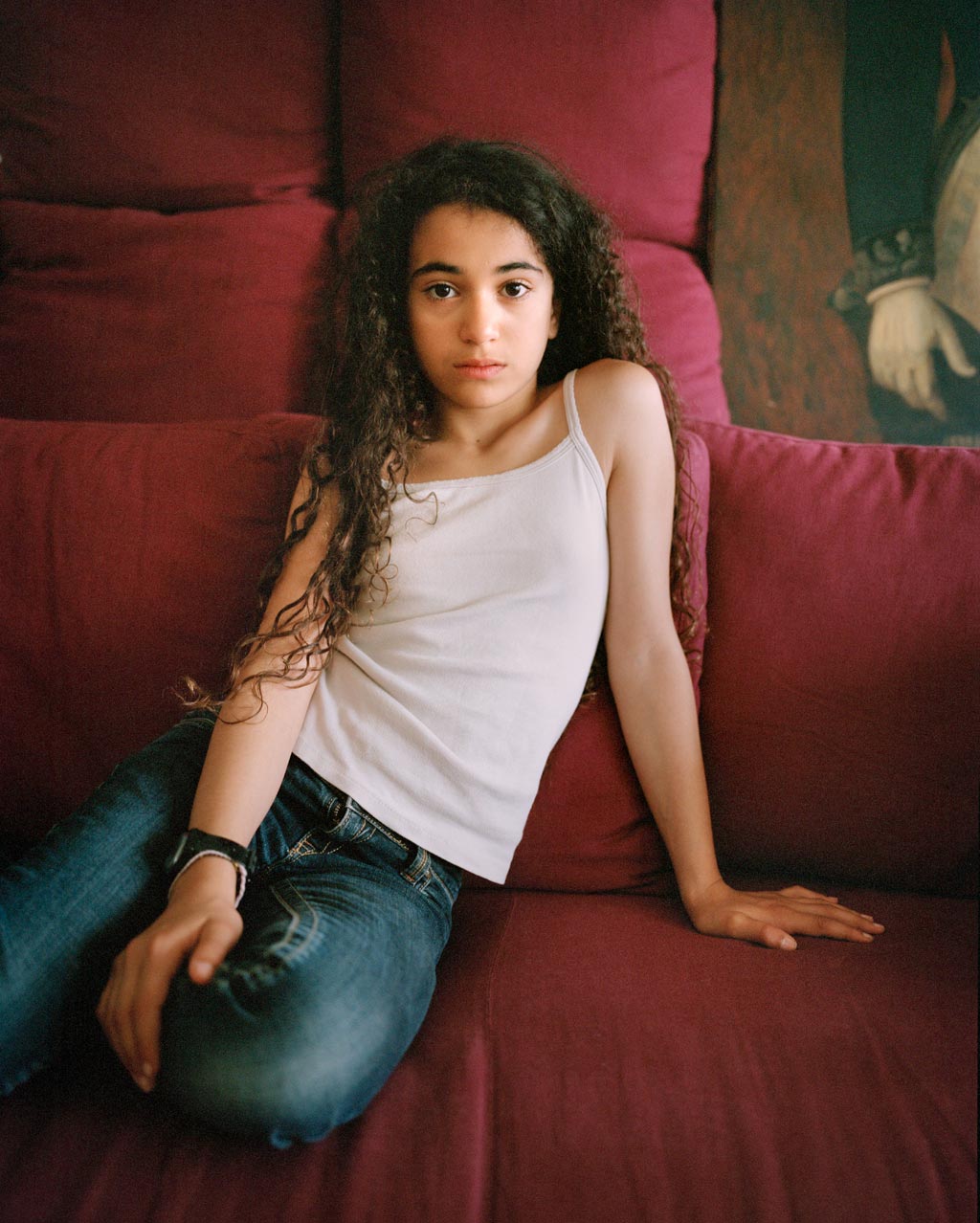 “L’Enfant-Femme” (the Child-Woman) are portraits of young teens and pre-teens, and how they interact with the camera. The only instruction I give the girls is not to smile and I allow them to fall into their poses as they wish. My aim is to capture alternatively the angst, the self-confidence or lack thereof, the body language, the sense of self and the developing sense of sexuality and womanhood girls that age experience. For some, even though they are not smiling, one can see their sense of selfhood and the almost sensual pleasure in being photographed and in engaging the camera, while others are almost defiant in the way only teens know how to, and others still are more separate from the camera, show more angst and are more self-conscious. Those are all emotions girls of that age alternatively experience as they start being aware of who they are, of their changing bodies, their beauty, their womanhood, but also of the world around them and the standards of beauty and attitudes they think they need to emulate. They are, however, also still young girls who fluctuate between being the child they still are and the young woman they are beginning to turn into. Are they (and are we meant to see them as) little girls, teenagers, or young women? I am photographing girls in the US where I live and in Lebanon where I am originally from. The two locations are not meant to be a comparison, on the contrary the lines blur quickly. Regardless of place, background and religion, girls that age everywhere seem united by similar feelings, aspirations and attitudes. Rania Matar was born and raised in Lebanon and moved to the U.S. in 1984. Originally trained as an architect at Cornell University, she studied photography at the New England School of Photography and the Maine Photographic Workshops. She teaches photography at the Massachusetts College of Art and Design and in refugee camps in Lebanon. Matar’s work focuses mainly on women. Earlier projects recorded the lives of women and children in the Middle East, and over the past three years she has completed A Girl and Her Room and started a new project L’Enfant-Femme. Matar has won numerous awards, including the 2011 Legacy Award at the Griffin Museum of Photography, 2011 Massachusetts Cultural Council artist fellowship, first place at the New England Photographer Biennial and Women in Photography International. She has received honorable mentions at 2010 UNICEF Picture of the Year Award, Lens Culture Exposure International, Silver Eye Center for Photography Fellowship, and CENTER. She was selected at one of the Top 100 Distinguished Women Photographers by Women in Photography, and was finalist for the Foster Award at the Institute of Contemporary Art, Boston. Her images are in the permanent collections of several museums worldwide. A Girl and Her Room is Matar’s second book published by Umbrage Editions with essays by Anne Tucker and Susan Minot. Her first book, Ordinary Lives, was published in 2009 by the Quantuck Lane Press. Girls in Between: Portraits of Identity by Rania Matar September 6 – November 3, 2012 Photographic Resource Center, Boston 832 Commonwealth Avenue Boston, Massachusetts 02215 – USA Tel 617 975 0600 Fax 617 975 0606 info@prcboston.org