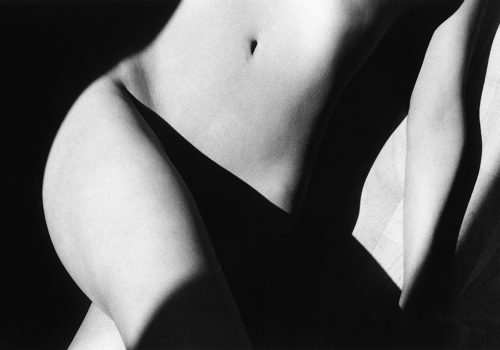 On February 28th, MiamiPhotoFest hosted an intimate lunch and conversation with renowned photographer Ralph Gibson and photographer and musician Andy Summers, former guitarist of the rock band The Police. Held at the Kimpton EPIC Hotel in Miami, the event allowed guests the special opportunity to hear intimate stories from both creatives’ illustrious careers and view a unique screening of photos set to musical sequences.

Gibson is perhaps best known for his black-and-white, high contrast photographs of the human figure.  Instantly recognizable to the legions of admirers who collect his prints, his work is included in over 180 museum collections globally and published in over 40 books.  For all his fame as a photographer, Gibson is omnivorous in his interests and has experimented with other mediums throughout his career, including music.  Ever drawn to the relationship between music and photography, Gibson shared that “Melody is to music as reality is to photography”.

Andy Summers shares Gibson’s comprehension of the relationship between music and photography, along with a common interest in the legacy of Surrealism and creating work rooted in personal experience.  Having reached the peak of fame and success as guitarist for the rock band The Police, Summers began capturing life on the road with a camera since his early days with the band.  This in turn led to the publication of a number of well-received books, including a collaborative volume with Ralph Gibson entitled Light Strings: Impressions of the Guitar, in which Summers’ lyrical text is paired with Gibson’s enigmatic and sensual photographs. “The qualities I am looking for are musical; that is the condition,” said Summers – “You think of music in terms of harmony, line, shape, volume, quietness, dynamics… I think all of those terms can be translated into photography.”

After discussing the fundamental relationship between music and photography, Gibson and Summers answered a number of questions from event guests on topics such as the source of their initial interest in photography, visual context, and their favorite historical time periods. Gibson and Summers ended the program by signing copies of Light Strings.

Founded in 2019 by The Florida Photographic Foundation, MiamiPhotoFest is an annual international photography festival dedicated to the exhibition and celebration of creative documentary practice. In its inaugural year, the festival features an exciting 5-day cultural and educational program, bringing together over 200 photographers in an exhibition showcasing world-renowned artists alongside cutting-edge talents.  In addition to exhibitions are an array of photography workshops, lecture panels, portfolio reviews, a photo-book fair, interactive youth activities, scholarships and grants supporting the vibrancy of the local and international creative community. MiamiPhotoFest 2019 is sponsored by the Fujifilm Cameras, Miami Design District, Miami International Airport, Kimpton Hotel Group, and Magnum Photos. Additional supporting partners include the Southeast Museum of Photography of Daytona State College, Ceiba Edition and Daylight Books. www.miamiphotofest.org

ANDY SUMMERS rose to fame in the late 1970s and early 1980s as the guitarist of the legendary award-winning, multi-million-selling rock band The Police, recognized as the most successful and critically acclaimed group of the era. He has since forged a successful and acclaimed solo career with contemporary instrumental music that, like his work with Sting and Stewart Copeland, draws on his love of jazz, world, classical music, and his fascination with creating sonic textures. His post-Police years have produced more than two dozen solo albums, soundtracks, and collaborations, plus hundreds of international concerts, and induction to both the Guitar Player Hall of Fame and the Rock and Roll Hall of Fame, multiple GRAMMY Awards and the Chevalier De L’Ordre Des Arts et Des Lettres by the government of France, and dozens of other accolades.

Summer’s first began photographing in the late 1970’s and has continued to pursue the medium ever since. Summers’s parallel passion for photography has led him to document subjects ranging from rural communities throughout Southeast Asia to timeless noir-style street scenes in cities around the world. His photographs have been exhibited in galleries in New York, Los Angeles, Tokyo, Amsterdam, Paris and London to name a few, and his books include Throb (1983), the Ralph Gibson collaboration Light Strings: Impressions of the Guitar (2004), the memoir One Train Later (2006) and I’ll be Watching You: INSIDE THE POLICE 1980-83 (2009)

RALPH GIBSON was born in Hollywood, California, in 1939. His father was assistant director to Alfred Hitchcock, and as a young boy Gibson would visit the set and work as an extra. Impressed by the power of the camera lens and the intensity of the lights, Ralph Gibson went on to study photography while in the United States Navy before attending the San Francisco Art Institute. He worked as an assistant to Dorothea Lange and, later, for Robert Frank on two of his films, thus launching his professional career. With a strong interest in books and book-making, he founded his own publishing company, Lustrum Press out of New York.  He went on to create his trilogy, The Somnambulist, Deja Vu, and Days at Sea which became instant hits and helped solidify his role as a key player in 20th century photography.

Gibson is a Commandeur de l’Ordre des Arts et des Lettres of France and was recently honored with the Guild Hall Academy of the Arts Lifetime Achievement Award in Visual Arts.  He is also the Chair of Contemporary Photography at the New York Film Academy (NYFA), where he mentors and works with students and the three NYFA campuses in NYC, LA, and Miami Beach. He currently lives in New York.