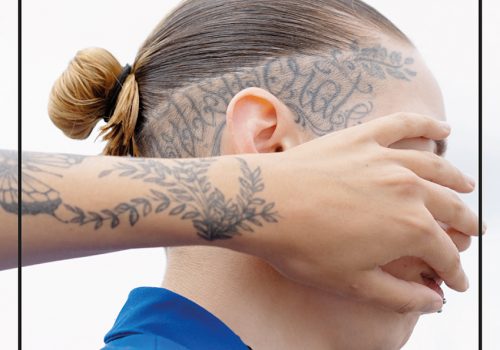 Planches Contact, the Deauville photographic festival opened last weekend. We dedicate this day to it. The director Laura Serani  made the introduction.

The peculiarities of Planches Contact are the residences at the base of the exhibitions presented during the festival, the work on the territory and the outdoor installations, three factors developed each year a bit more. The festival is built almost directly, in the months preceding its unfolding, with guest photographers and emerging photographers, selected by a jury chaired by Sarah Moon.

On the program for this 11th edition:

2020 a Chaotic and leap year, started with a lunar eclipse and the appearance of this mysterious virus which was to block the planet almost entirely within a few months. Difficult period, marked by losses and fears. An unprecedented situation which has forced many people to surpass themselves in order to cope with emergencies, which has paralyzed the economy with still incalculable consequences, amplified social inequalities … But which also awakened the sense of responsibility and banished a certain recklessness, suddenly out of place or downright dangerous.

Like many others, the arts and entertainment sectors, already fragile in normal times, have been severely affected. Many festivals have been canceled. In the best of cases, we have been able and had to show imagination in order to navigate the crisis and find new methods and media for distribution. Social networks have become the scene where many artists have shared thoughts and productions, born “at home” or in deserted cities.

Planches Contact could be confirmed, thanks to its usual period of programming, the fall, and to the commitment of the City, Philippe Augier and his teams, sensitive to the importance of its maintenance, as much for the artists as for Deauville and its inhabitants. This year it was doubly important that a festival like the one in Deauville, built on the principle of commissions, residences and awards – now sources of income for photographers, in addition to others that have become more uncertain – could continue to play its part and support creation and production. And finally, despite everything, Planches Contact continued to grow: with fifteen photographers and the Riverbooms on the program, all also working beyond Deauville, in Normandy. And by investing in new places, with installations imagined with Werner Jeker and produced with the support of our loyal partners, such as BS2i and, since this edition, Initial Labo, who have helped us to multiply the number of large-format outdoor exhibitions.

The Planches Contact residencies began in February with four of the five photographers in the Tremplin section – Ousmane Goïta being blocked in Bamako – and with Todd Hido, who returned to San Francisco just before the lockdown. Suspended for two months during the confinement, they resumed on May 21, in a somewhat surreal climate. This special atmosphere and the shift towards the summer season have given a special tone to the stays, the programs and also the subjects treated by the photographers. Involuntary witnesses of an unprecedented situation, their works were, directly or indirectly, influenced by the context, marked first by the deserted cities and beaches, then by envy, specific to the phase of deconfinement, of exchanges , contacts, return to life.

The fact of getting together after two months of isolation, by practicing distancing measures in the large house made available to the residents, while exchanging – more than usual – projects, experiences and reflections, set a tone singular and unexpected in this edition. And more than ever, Deauville’s “commission” has brought photographers to confront, on new ground, themes different from their usual concerns but, ultimately, often in the continuity of their work, such as the start of a new chapter.

As far as the health crisis allows, the exhibitions – mostly in the open air and adapted to the current context – are accompanied by a rich program of workshops, master class, portfolio readings, educational workshops for children, screenings – which makes the festival a meeting place for professionals, but also an event for all audiences.

An ephemeral bookshop entrusted to Initial Labo, will set up shop at the Maison du festival during the inaugural weekend and offer book signings with the photographers.

A big thank you to the photographers, galleries, institutions and private partners, to the town hall and festival teams who have followed us on this singular adventure. A friendly thought to the artists and the organizers who have seen their projects canceled this year and whom we are waiting for and hope to find again in Deauville, well aware of the luck we have.