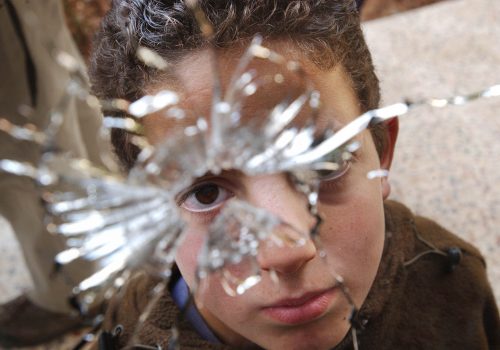 Brooklyn-based nonprofit United Photo Industries (UPI, co-founded by Sam Barzilay , Dave Shelley , and Laura Roumanos ) presents Photoville NYC 2019, the eighth year of the festival celebrating and showcasing photographers and organizations from New York and around the world in a rare open setting (September 12-22). UPI and their team will transform the festival’s picturesque location, The Brooklyn Bridge Plaza— located in Brooklyn Bridge Park in DUMBO beneath the majestic span of the Brooklyn Bridge—into an immersive photography village populated by over 80 exhibitions in 60+ shipping containers repurposed into galleries. Photoville NYC 2019 will continue to focus on the power of visual storytelling, showcasing stories from across New York City’s five boroughs and throughout the world.

Immersion and interactivity are at the heart of Photoville’s success and popularity, allowing it to become the largest annual photographic event in New York City and among the most attended photographic events nationwide. This past spring, UPI expanded Photoville’s footprint, bringing it to the Annenberg Space for Photography in Los Angeles for a highly successful two-week run. Now, as it returns to Brooklyn for the eighth year, Photoville NYC is expected to welcome more than 95,000 visitors over the course of eight days, providing participating photographers with an unparalleled opportunity to have their work seen. No other museum, gallery or festival presents work by such a wide range of artists and photojournalists to so many people in so little time, for free.

Working with more than 100 curatorial and programming partners, Photoville NYC exhibits work by over 600 visual artists each year. In addition, the festival offers nighttime projection programs, hands-on workshops, an education day for New York City middle and high-school students, panel discussions and talks at St. Ann’s Warehouse, tents with vendors, family-friendly photo activities, publishers and gear demonstrations, a community photo book store, and a beer garden run by Smorgasburg filled with local food vendors and serving Brooklyn Brewery beers. Photoville NYC is open to the public—all ages, dogs included—free of charge, making it unlike any other photo festival in the world.

“Brooklyn Bridge Park is thrilled to have Photoville back in the Park for the 8th straight year,” said Eric Landau, President of Brooklyn Bridge Park . “Photoville, the amazing photography village featuring the work of so many photojournalists, is always one of the Park’s season highlights, and we love hosting and being a part of it.”

With a strong emphasis on youth programming, Photoville NYC will be joining forces with youth programs across the city, to ensure for the viewing public opportunities for interaction, reflection, and discussion on our current political climate.

For Photoville NYC, UPI works with a wide array of over 100 programming partners, including the New York Times, National Geographic, Playboy, Waterkeepers, Adobe, The United Nations OCHA and UNDP, Magnum Foundation, the Committee to Protect Journalists, Open Society Foundations, Bronx Documentary Center, the Lower Eastside Girls Club, the Mayor’s Office of Media and Entertainment, Oxfam, the International Rescue Committee, and the Rory Peck Trust among many others…