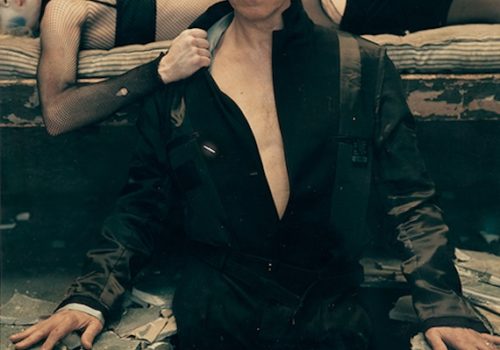 Phillips announced Ultimate Steven Klein, a curation of 24 lots of unique Polaroids, taken with a Polaroid camera or film by the celebrated photographer Steven Klein. The selection will go on view in Phillips’ galleries on Berkeley Square on 19 September, marking the first time that this body of work is exhibited in Europe. The majority of works to be offered were created during editorial assignments for the following international publications: W, Vogue US & Italia, L’Uomo Vogue and Interview. In addition, Klein has created a unique oversized diptych of his iconic Good Kate, Bad Kate covers for the March 2012 issue of W magazine exclusively for Ultimate, a unique platform for promoting and selling exceptional photographs, photo-based works and video, available only at Phillips. This exclusive offering, showcasing Klein’s distinctive vision that subverts our notions of glamour, fame, and beauty will be offered in the Photographs auction at Phillips London on 25 September 2020.

Steven Klein is one of the most innovative and provocative artists in photography and film. A highly sought-after figure, he has landed coveted covers of magazines such as Vogue and W with his riveting body of work being featured globally and has shot high-profile advertising campaigns for the likes of Alexander McQueen, Tom Ford, and Dior. A visionary and creator, Klein has made unique contributions to the arts during his nearly four-decade career and continues to push the boundaries of visual language through his image-making. Klein trained as a painter at the Rhode Island School of Design and was a 2014 recipient of an Infinity Award from the International Center of Photography (ICP). His work has been exhibited worldwide, including Deitch Projects, Gagosian and the Guggenheim in New York and reside in several public collections, including the National Portrait Gallery, London; the V&A, London, and the ICP, New York.

This dedicated offering presents Klein as a storyteller who creates narrative epics that transform our understanding of his subjects, which includes some of the biggest names in film, music and fashion: Brad Pitt, Angelia Jolie, Madonna, Prince, David Bowie, Kate Moss, Naomi Campbell, and Alexander McQueen. Surveying Klein’s long-term relationship with instant photography, the works in this curation span three decades. Initially, Klein’s Polaroids – intimate works of art in their own right – acted as visual studies for what became his final published images. These were all shot with a Polaroid back attached to a film camera.

Years later Klein returned to the Polaroid, not as a means to an end but as the finished work, publishing the actual Polaroids in magazines. Three of the lots on offer, including the Madonna cover image, were published in the February 2017 Polaroid Issue of Vogue Italia, which Klein photographed entirely using the Polaroid, calling it ‘the first form of visual instant gratification’. The works created more recently were taken with a Polaroid camera on Fuji instant film. With Polaroid and Fujifilm ceasing production of packfilm (also known as peel-apart film), the instant photographs in Ultimate Steven Klein, which were shot exclusively on packfilm, also serve as unique artefacts of analogue photography.