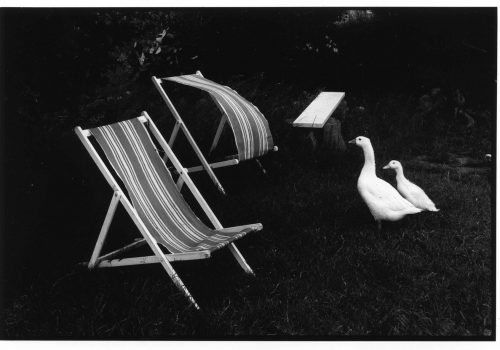 Philippe Salaün passed away. We received this very beautiful text from Flora Merillon and these images.

Philippe is gone. A last trip, one Sunday, not far from the Canal St Martin, near his home, his workshop, his children and grandchildren, swept away, by a violent gale of autumn, a cancer which came to take his life too fast, too soon.

Philippe left yesterday … but in fact no, … so many memories emerge accompanying his voice, his presence, his face that the years had barely marked.

I got to know him twenty-six years ago and worked alongside him for five years in his laboratory on rue Beaurepaire. What a school ! We visited Keichi Tahara who lived in the neighborhood, we met Sebastião Salgado on the way, we had lunch “at Maurice’s” with Jean-Loup Sieff or Stanley Greene, and many others … and we returned to work. He received from Africa whole boxes of sometimes dusty, scratched negatives, which had to be cleaned with the greatest care, numbered, we made the contacts, the images appeared and then it was time for the 50×60 prints with the impressive work of enhancement of which Philippe was in control. Seydou Keïta and Malick Sidibé came to discover and sign their prints in a joyful atmosphere.

The grace of the look, the humility, the generosity, he did not only have them in front of the enlarger and  with the images that he printed for others, these qualities followed him in his near and far travels (Japan, United States, Peru, Africa, Vietnam), in his encounters with people, in his photographs. A rare curiosity filled him, he told us the first festivals in Houston, his meeting with Ansel Adams, the lectures he gave in Tokyo and elsewhere. Photographer, he had chosen humor as the posture of the gaze or filter, a way of taming the world around him by smiling, as if to get rid of a dull revolt, perhaps, that a few mood swings sometimes betrayed.

Philippe Salaün… he was a worthy man who worked from the heart… that’s all.

He would have liked me to quote these words from Robert Doisneau for whom he had made prints and whom he still thought of:

“Luck or not I’m pretty sure this way of seeing the world is a kind of elegance and courage. This is why Philippe Salaün gives me a feeling of well-being at each of our meetings. ”

“A tribute will be paid to him in the presence of his family and friends on Monday, October 12, 2020 at 10:30 am at the Père-Lachaise funeral dome in Paris.”