Best Of 2018 – Peter Hujar and the legendary New York 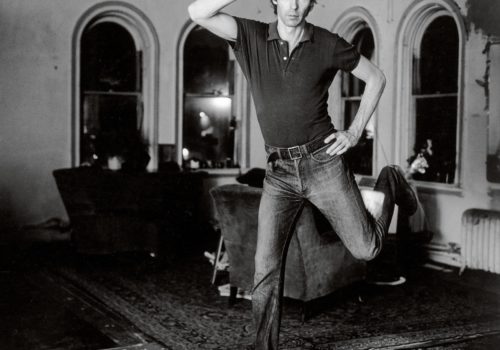 The exhibition Peter Hujar: Speed of Life at the Morgan Library, in New York, presents magnificent photographs of this influential American photographer and New York underground icon of the 1970s and 80s, belonging to a lost generation of artists who died of AIDS. In those decades, lower Manhattan, was a breeding ground for talent. Peter Hujar, known for his portraits of intellectuals and artists, such as Susan Sontag, Andy Warhol, and the underestimated David Wojnarowicz, was a photographer of daily life and of his neighborhood. “To meet Peter Hujar was not difficult,” Joel Smith, exhibition curator at the Morgan Library & Museum in New York, wrote in the introduction to the catalogue. “Everyone in the East Village, it seemed, knew him by sight or had sat at some point at the blue kitchen table in his Twelfth Street loft. He personally linked countless circles, uptown and down, that did not otherwise overlap. But Hujar was difficult to know closely, to convince or dissuade. Difficult to save from solitude, passing euphorias, self-castigation, fatalism, rage.”

A tormented introvert, Peter Hujar, who died in 1987 and had long remained in the shadows, is at last in the spotlight. Hostile to any form of self-promotion, he had never been known to the general public. However, he was a sort of an urban legend. His personality is palpable in his photographs, which are at once tender, suggestive, experimental, and melancholic. The exhibition presents 140 images, which is much more than people tend to know of his work. There are portraits of men and women, animals, babies, views of architecture, street scenes, soothing landscapes, disturbing details, goofy mises-en-scène, as well as travel photos whose atmosphere lends these pages a sensitive, fragile character. Many of the portraits hint at the tenderness Peter Hujar must have felt for his subjects, and for everything in general. Other images challenge us in turn, to such an extent that we are overwhelmed by a flood of emotions. We feel plunged right into the midst of the photography of intimacy, a current represented by a group formed around Larry Clark, Nan Goldin, and others.

Another book, entitled Peter Hujar: Lost Downtown, which is a perfect companion to the show at the Morgan Library, brings together about fifteen portraits of these artists who at the time formed a formidable community of misbegotten gathered from every town in America and relocated in the mean streets between Broadway and the Bowery. Through their eyes: nothing but talent, flamboyance, mockery and the arch irony. In those days, the gutted streets of the Lower East Side resembled a war-zone, as author Vince Aletti, a renowned journalist and friend of Hujar, recounts.

Peter Hujar’s extreme sensibility seems to have generated the comparison between his photographs and those of David Mapplethorpe: both were New York-based homosexual artists, and both died of AIDS, except that the latter was more controversial, more spectacular and more famous. The present exhibition, the first comprehensive retrospective, however, nuances this oversimplified juxtaposition: it includes a number of images showing that Peter Hujar, too, was capable of aestheticism. Even if the label of an “accursed” artist seems to have stuck to him for good, this collection of images sheds a new light on this endearing and complex figure.