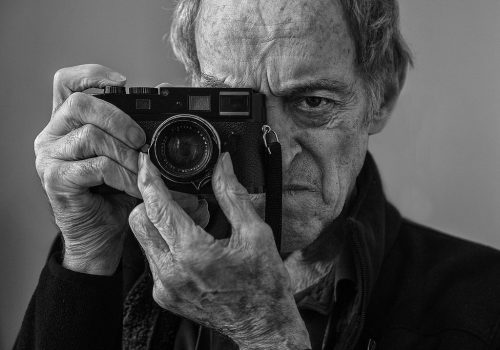 It is with immense sadness that we announce the passing of our great colleague and friend Paul Fusco. Paul has been a member of the Magnum community since 1973 and will be remembered by his colleagues for his incredible kindness, and the deep sensitivity and humanity that he brought to his photography. Empathizing with his subjects, and photographing them with much respect, Paul covered stories ranging from police brutality in New York to the long-term effects of the Chernobyl disaster and people living with AIDS in California. In 1968 he photographed the spectators lined along the route of Bobby Kennedy’s funeral train from New York to Washington, capturing the emotion of the nation and becoming one of the most celebrated series of photographs of the time.

Magnum Photographers from across the generations remember him for the inspiration his work gave them as well as his generosity within the community. His presence will be missed and his legacy will be remembered. – Olivia Arthur

“Dear Paul, for our generation, you were truly the artist who defined the humanistic view and for me, really exemplified the creative spirit of Magnum. I will always remember your kindness and gentle spirit.” – Bruce Davidson

“There are few words to describe Paul: kind beyond kind, humane beyond what humane can be.” – Gilles Peress

“The depth and commitment of his work has always been an inspiration, and of course Funeral Train remains one of the most remarkable works on the United States ever made.” – Peter van Agtmael

“Paul is and will always be in my heart and mind the kind of human being that I think of as the best of what a human can be. A wonderful caring human being who happens to be a photographer. He is the best of us who speak with our respective approaches of capturing the world that we live in for a while.” – Eli Reed

Back in 2016 at Paris Photo, New York art dealer James Danziger presented a solo show of “Paul Fusco’s RFK Funeral Train Re-Discovered” photographs. Since their rediscovery in 1998, Paul Fusco’s RFK Funeral Train pictures have been recognized as one of the greatest photo essays in photography. Taken on the train that carried Robert Kennedy’s body from New York to Washington, where he was to be buried next to his brother at Arlington Cemetery, they present a picture of America in all its complexity and diversity as well as a universal picture of the human spirit. He is the portfolio we published at the time.