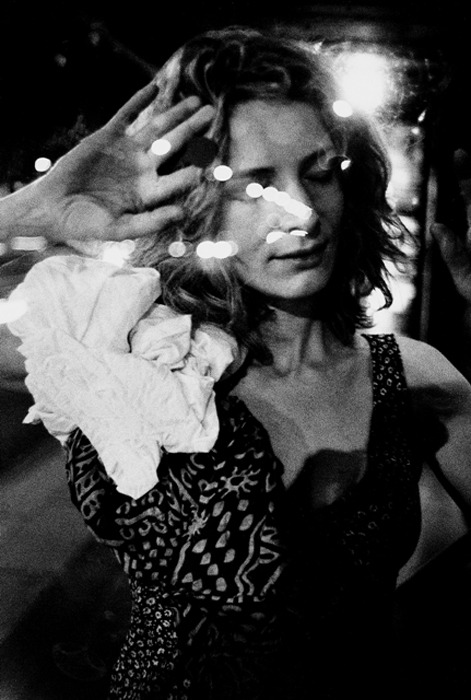 For the first time and exclusively for Paris Photo, J.P. Morgan is delighted to present selected photographs from its own corporate collection, the JPMorgan Chase Art Collection.

Organized around the theme “Of People and Places”, JPMorgan Chase Art Collection’s Director and Chief Curator, Lisa K. Erf, has assembled a selection of 14 photographs and photo-based artworks representing five decades of collecting by one of the most established and most extensive corporate collections in the world.
The exhibition includes signature works by legendary masters, such as Diane Arbus, Garry Winogrand, Andy Warhol, and O. Winston Link, unpredictable examples by artists with international reputations, including Alfredo Jaar, Felix Gonzalez-Torres, Inigo Manglano-Ovalle, and Lorna Simpson, and still others by younger talent who are just beginning to make their presence known: Jehsong Baak, Kori Newkirk and Jason Salavon.

Highlights include Arbus’s Child with Toy Hand Grenade in Central Park, New York City (1962), Warhol’s Superman from his Mythological Folk Heros series (1981), and vintage prints by O.Winston Link of staged landscapes in Luray, Virgina (1956). Each of these works is accompanied by an image of the artist him/herself. The notion of portraiture is extended in the experimental multi-unit pieces by Jaar, Gonzalez-Torres, and Simpson, as well as in Salavon’s computer-aided architectural portrait. These works are staged to incorporate time as it relates to each individual work’s narrative content. Newkirk and Manglano-Ovalle both present self-portraiture, in representational and abstract images respectively

Jehsong Baak, a rising artist based in Paris, is featured in one of five photographs from his series Lá ou Ailleurs (Here or Elsewhere) that are recent additions to the JPMorgan Chase Art Collection. Lá ou Ailleurs (2006) was published with the editorial and design assistance of the legendary Robert Delpire. Delpire edited and published Robert Frank’s “The Americans” (1958) and Josef Koudelka’s “Gypsies” (1975)-two books which had a profound impact on Baak and the development of his work.

“At J.P. Morgan, we believe that arts and culture significantly enrich the communities in which we work and live by encouraging people to consider different perspectives and to express their own ideas. It is in a similar spirit that we salute Paris Photo’s 15 years of showcasing innovation, creativity and photographic excellence across the globe” said JPMorgan Chase Art Collection’s Director, Lisa K. Erf.

About the JPMorgan Chase Art Collection
The JPMorgan Chase Art Collection, created in 1959 by David Rockefeller, features more than 30,000 artworks displayed in 450 office locations worldwide. It is regarded as one of the world’s most established corporate art collections.
With more than 6,000 works categorized as photographs or photo-based works, photography, both historic and contemporary, has always played a major role. PhotoPlay, an exhibition on contemporary photography originating exclusively from the JPMorgan Art Collection toured South America in the 1990s – a landmark exhibition for its time.

About J.P. Morgan
JPMorgan Chase & Co. (NYSE: JPM) is a leading global financial services firm with assets of $2,300 billions and operations in more than 60 countries. The firm is a leader in investment banking, financial services for consumers, small businesses and commercial banking, financial transaction processing, asset management, private banking and private equity. A component of the Dow Jones Industrial Average, JPMorgan Chase & Co. serves millions of consumers in the United States and many of the world’s most prominent corporate, institutional and government clients under its J.P. Morgan and Chase brands.