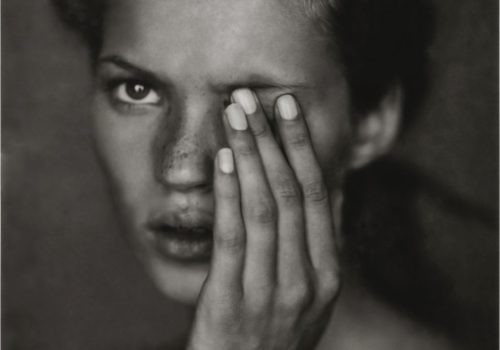 Ravenna, an amazing city lighted up by the gold of the mosaics of the Basilica of San Vitale and the deep blue ones with stars in Galla Placidia’s mausoleum. A city that is celebrating Dante Alighieri, who spent here his final years. And a well-versed one in photography, too. An example? The solo exhibition Paolo Roversi – Studio Luce at MAR Ravenna Art Museum dedicated to the well-known photographer.

Some characteristics of Ravenna are perceivable in the works by Roversi: sparkles evoking the ancient mosaics, rarefied atmospheres, kind of dematerialisation of the images. They somehow remind us of the lights and the mists of the surrounding wetlands and lagoons, that create impalpable and ethereal shapes.

And the exhibition (a new episode in our trip in the Emilia Romagna Photo Valley), too, features references to Ravenna, a city that has influenced Roversi’s imagination. As a tribute to the seven-hundredth anniversary of Dante Alighieri’s death, there is a selection of shots directly from Roversi’s archive celebrating and reinventing “the muse” (Dante’s Beatrice from the Divine Comedy), interpreted in a contemporary way by legendary women like Natalia Vodianova, Kate Moss, Naomi Campbell and Rihanna.

Levity and dynamism, as well as images of strong visual impact, unfold in a vast exhibition on three dedicated floors. It begins with Roversi’s first fashion shots and portraits of friends and artists such as Robert Frank and Peter Lindbergh, alternated with still life images of stools from the street and pictures of the Deardorff camera, which Roversi has always used. Going through the exhibition at MAR, it’s like being among images, that have an insight, a structure and a light sense that draw the observers to take a sudden and deep interest in them.

On stage, also his latest works: a selection from the 2020 Pirelli calendar and a series of previously unreleased fashion shots from his work for brands such as Dior and Comme des Garçons, for magazines such as Vogue Italia, and with his latest editorials.

Paolo Roversi, who was born in Ravenna, usually works in his studio – the Studio Luce the exhibition is named after – in Paris, the city where he moved to at the beginning of the 70s. His studio is like a theatre where to stage dreams and desires, but it is also a mental place, that allows access to alternate dimensions.

Indeed, his photos occupy a realm between the past and present, like flashes of an illogical and perturbing beauty. Like mosaic tiles, that reflect and refract light and colours, his images extend beyond reality to an amazing elsewhere.

Paolo Roversi began his professional career in 1970 with photojournalism assignments. Then he focused on fashion. He assisted Laurence Sackman, then he started shooting his own fashion editorials and advertising campaigns. In the early 80s, he started using large-format Polaroid photography, a medium that continues to enhance his trademark style. Roversi is the recipient of numerous awards and his work appeared in magazines such as Vogue Italia, Vogue UK, Vogue Paris, Vanity Fair, W Magazine, Dazed and i-D. He has created campaigns for Dior, Cerruti, Comme des Garçons, Yves Saint Laurent, Valentino and Alberta Ferretti among others. He is the author of the 2020 Pirelli Calendar.

The solo exhibition Paolo Roversi – Studio Luce, curated by Chiara Bardelli Nonino with sets by Jean-Hugues de Chatillon is presented by the Municipality of Ravenna, the Department of Culture and MAR Ravenna Art Museum.