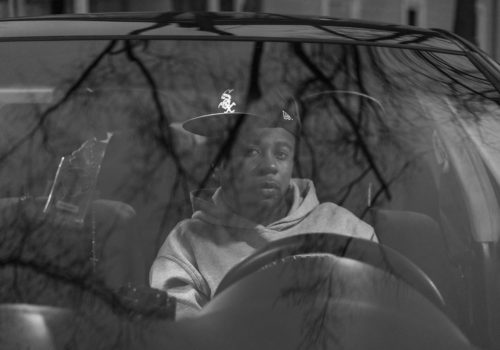 For nearly a century, the American road trip has been closely associated with the American dream. The open road is where millions of Americans freely set out to explore the country’s beauty, epic landscapes, and diversity of cultures. For a country that claims to be a free and democratic land without roadblocks, the road trip has been and continues to be a fraught endeavor for Black people. Overlapse published a new poignant photography book, A Parallel Road by Amani Willett, which seeks to challenge the representation of the American ideal of the road trip that has long dominated our view through artistic and literary media.

In A Parallel Road, Willett focuses on just one avenue where Black Americans have been denied the ability to fully participate in an aspect of the American dream. The book explores the complexities of the American road trip, examining how race can and continues to affect this experience. The car and the open road have long been equated with independence and freedom, yet this has often not been the case for Black Americans, as it remains an unpredictable and dangerous place today.

The culmination of a five-year project, A Parallel Road is deeply personal for Willett, as it was influenced by conversations with friends and relatives about their experiences on the road. A driving force for Willett was to gain a better understanding of his family’s own experiences on what the road represents for them as Black Americans. In his afterword, he aptly writes that for him the road “invites memories of a more horrific underbelly of American society–as a site of racial discrimination and brutality.” Throughout the project, Willett exposes the cracks of this ideal version of American society, pointing out that historically the road represents a collective site of trauma for the Black community.

This multi-layered work uses a mix of archival imagery, new photographs, including portraits of Black Americans behind the wheel, as well as digital screenshots. The beautifully designed hand-sewn book pays homage to the 1940 edition of the historical Negro Motorist Green Book, layering its original pages into the narrative of A Parallel Road.

A Parallel Road shows us that no matter how the American road trip has been depicted through the history of photography, film, or literature, it has been and still remains a place full of fear, violence, death, and oppression for Black people.

Amani Willett was born in Dar es Salaam, Tanzania, raised in Cambridge, MA and is now based in Boston. His work examines family, history, memory, and social environments. A Parallel Road is his third monograph, following the successful publications of The Disappearance of Joseph Plummer (Overlapse, 2017) and Disquiet (Damiani, 2013). His work has been published in Harper’s, Newsweek, The New York Times, and The New York Times Magazine, among others. His work is held in collections such as The Museum of Fine Arts Boston, The Sir Elton John Photography Collection, The Museum of Fine Arts Houston, Oxford University, and Harvard University. Willett has a BA from Wesleyan University and an MFA in Photography, Video and Related Media from the School of Visual Arts in New York.

Amani Willett, with an afterword by Willett