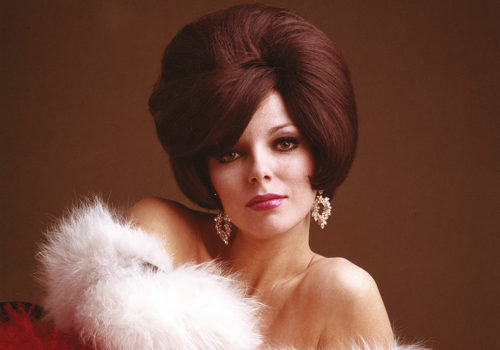 In a career that spanned more than 40 years American photographer Ormond Gigli shot thousands of images and was widely published in magazines such as Life, Paris Match, Collier’s, The Saturday Evening Post and Time. But the photograph for which he is remembered is “Girls in the Windows” an extraordinary image that has stood the test of time to become an iconic image of New York in the 1960s.

The large Brownstone building which features in the photograph was opposite Gigli’s home in New York. When he learned that the building was slated for demolition he decided to photograph it before the wrecking balls swept it aside in the name of progress. He was given permission on the proviso that the wife of the demolition supervisor could be in the photograph. He had 24 hours to organize the women and his props and one hour to shoot.

“He envisioned glamorous women filling the windows. The façade would be an elaborate frame, from cornice to curb, for a dazzling array of fashionable ladies. He would add the flourish of a Rolls Royce pulled up onto the sidewalk before the center of the building for an additional note of old-world glamor,” explained Christopher Sweet in the introduction to the book “Girls in the Windows and Other Stories” published by powerHouse books.

Sweet continued. “Girls in the Windows is an image made at a decisive moment in the life of New York City. It is the moment when the waning values of the nineteenth century at last gave way to Modernism and indeed contemporaneity. The conservative, conformist 1950s period is the last gasp before the revolutionary social changes of the 1960s and beyond…Girls in the Window is an image of that threshold”.

Gigli began his career in 1941 working as a photographic assistant in New York. He was 17 years old. When America entered the Second World War Gigli joined the Navy as a photographer. By the time 1950 rolled around “I was living the life of a starving artist in Paris…and it was a beautiful place to be,” he said. But it wasn’t long before he was shooting for Life magazine and from then his career took off.

Recounting his first meeting with Life in Paris Gigli said the editor asked him, “If I give you an assignment, will you give me what I ask for? I said yes, as long as I could inject my own thoughts into the picture”. “Girls in the Windows and Other Stories” is proof that Gigli never compromised on his unique visual signature.

“Girls in the Windows and Other Stories” is as much a tribute to Gigli as it is a walk through history. Louis Armstrong, Marlene Dietrich, Jayne Mansfield, Liza Minnelli and Barbra Streisand grace the pages. As does a youthful Sophia Loren in the now famous photograph shot in 1955 where she is pictured in a fountain in Rome, holding oranges. The book also features photographs that, like the image of the title, were shot as personal projects by Gigli.

Of his most enduring image Gigli said in an interview earlier this year, “I have a big print of it up on my wall. I still smile whenever I look at it, even after all these years”.