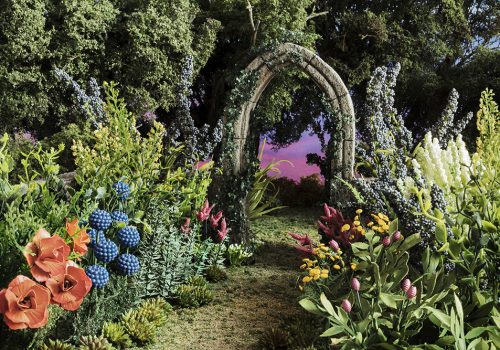 Mired in Memory by Sean Sheehan

T.S. Eliot’s words in The Waste Land about the mixing of memory and desire could serve as an epigraph both for Roland Barthes’ Camera Lucida and, recently published to mark the 40th anniversary of that seminal work, the photobook Keeper of the Hearth.

Given its notably restricted zone of concern, there is an enigma about Camera Lucida’s enormous influence. It is a short work but suffused – the French title, La Chambre Claire, means ‘the light or bright room’ – with one ghostly affect: a preoccupation with the way presence and absence make themselves felt through photography. At one level, such an observation is trite but Barthes invests it with Lacan’s notion of the Real so that it becomes something uncanny, touching on the unconscious and the profound experience of loss that haunts the desiring subject.

The death of Barthes’ mother in 1977 and his finding of a photo of her as a five-year-old child in front of a winter garden provoke Camera Lucida’s meditations and its author’s Zen-like conviction that nothing can be said about his loss; the photo itself is withheld from being shown. His mourning is a wound and it lies on the other side of language but a photograph’s ability to embalm time embodies, says Barthes, a‘return of the dead’. This not intended to sound morbid: the presence of what is absent, he says, ‘is given as an act of grace’.

When two hundred artists and writers replied to Odette England’s invitation to contribute a photograph or text in response to Barthes’ reflection, their responses – which constitute Keeper of the Hearth – can also be characterised as acts of grace. England’s criteria were broad, only asking that what they contribute ‘echoes, suggests, or reflects Roland Barthes’ Winter Garden photograph’.

Family remembrances are often our most intimate and wistful ones and the subjectivity involved inevitably mean that the photos in Keeper of the Hearth, proxies for Barthes’ withheld one, have a value for the contributors that remain personal. It must be so and looking at them brings home a poignant sense that what is most dear to us is incommunicable in the normal sense of the word.

Shared photographs recording memories of mothers become a bridge to common experiences and, while some of the contributors add words of their own, it is left to the viewer to look at the various photos and bring their own memories into play. There are photos of flowers, trees, holiday snaps, wedding scenes, mementoes and faces, sometimes blurred or indistinct, all synecdoches for past lives.

Eliot’s poetic cocktail of memory and desire has a third component. Death – the utter finality that brings every life to an end – is the spectre that unsettles Barthes and his giving expression to it helps explain the extraordinary resonance of his short excursus into photography. In time, Keeper of the Hearth may come to possess a similarly unexpected timbre. If this is the case, one suspects it will arise from yet another ingredient, one that inexplicably defies death and which cannot be reduced to words although a photograph can contain it: love.

The tender tone transmitted in Keeper of the Hearth is spiritually allied to something the British writer C. S. Lewis remembers in his own reflections on the death of a loved one: ‘all sorts of ballads and folk tales tell us that our mourning does some kind of wrong. They beg us to stop it.’

The dead will always be dead – there is no mourning in the Keeper of the Hearth on that score – but everyone alive remains mired in memory of one kind or another.