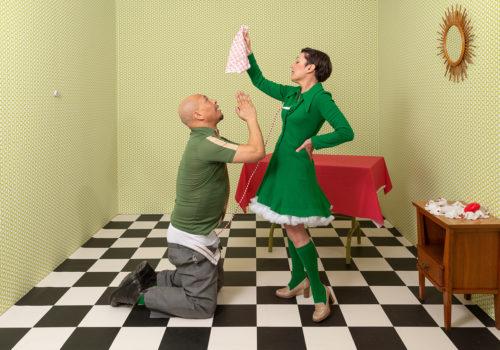 This are a  few words of apology addressed to the Nuits Photographiques de Pierrevert festival, to its director Stéphane Kossmann, to its collaborators, most of whom are volunteers, and to the photographers. A word of apology for having missed the 14th edition two weekends ago without announcing it when with a miserable budget of 40,000 euros, it is showing innovation by presenting 18 exhibitions in a dozen buildings in the region. .

About the Nuits Photographiques de Pierrevert Festival by Henri Kartmann

The Nuits Photographiques de Pierrevert festival was created at the instigation of Stéphane Kossmann, a professional photographer recognized for his portraits of stars and president of the association. He wanted to set up a special event around the eighth art in his adopted village, Pierrevert.

The desire to transmit his passion to a wide audience, and to make the culture of images accessible to all, were the trigger to highlight it. He then contacted friends who were photographers residing in Pierrevert, to join him in this adventure.

« Les Nuits photographiques de Pierrevert » thus anchor their deep roots in this small village in the Luberon. They were created in 2008 and quickly grew thanks to local enthusiasts sharing the same objectives.

The first edition in 2009 was a great success, placed under the protective eye of the great Peter Knapp, who sponsored the event and revealed it. Three days and three nights dedicated to images, when the village is transformed into a magnificent open-air gallery: the exhibitions are set up in preserved and unusual places of local heritage with nearly 20 exhibitions in a dozen heritage sites in Pierrevert (chapels, cellars, etc.).

The night gives way to the white screen which showed, from another angle, a series of pictures by talented artists to be discovered.

Over the years, the event has gained in success, judging not only by the growing participation of the public each year, but also by the quality of the jury’s selections.

The richness of this festival is the spirit of conviviality and sharing that reigns there: the artists are warmly hosted by the Pierreverdants, the festival-goers can talk freely with the photographers, some well known others on their way, and exchange points of view.

Accessible to all and completely free, it has been going on for 14 years thanks to the investment of many volunteers. Its focus is to lift the veil on the discovery of talents with new horizons while meeting the eyes of the greats of the eighth art.

Relying on the faithful who have supported it from the beginning, in addition to Peter Knapp, let us mention Bernard Plossu, Denis Brihat, Hans Silvester always alongside the festival to promote it with constancy.

The Festival des Nuits de Pierrevert became international with the creation in 2016 of the ” Nuits photographiques d’Essaouira ” then in 2020 of the “Photographic Nights of Selma Festival”.