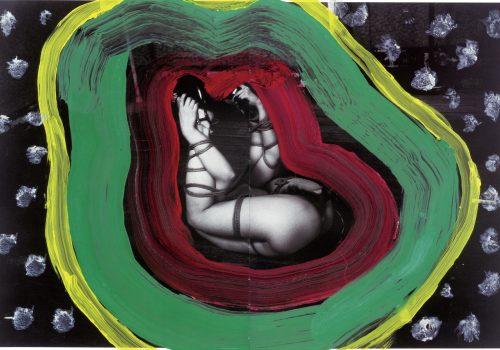 For the first time, in these interviews where he comments one after the other 336 photographs covering his work from 1963 to 2010, the most famous contemporary Japanese photographer, Nobuyoshi Araki, tells his conception of his work and his many influences, from Eugène Atget to Yousuf Karsh or Robert Frank.

For Araki, “to live is to photograph”. In an approach that will pave the way for Nan Goldin and Sophie Calle, he claims the notion of photographic autofiction and documents his life often in its most intimate aspects such as his honeymoon or the untimely death of his wife.

For him  “documentary is a series of looks, followed by a discovery and an emotion” he reveals that “there is always an emotional connection” with his subject. “Taking photos is a face-to-face”.

Through a series of anecdotes mixing a lot of fun, a disarming frankness and an often poignant emotion, the artist remembers with remarkable precision the circumstances surrounding the taking of his photos. Inventor of the word “Erotos”, he says that the meeting of Eros and Thanatos has been his main focus all his life, since his children’s games in the the prostitutes cemetery of Yoshiwara.

The Integral Photo Lesson is divided into three parts: a review by the artist of his career until 2006, an interview with the critic Susumu Watada and a detailed commentary on twenty books published after 2006.

Born in 1940 in Tokyo’s popular Shitamachi district, where his father sold wooden sandals and was a good amateur photographer, Nobuyoshi Araki studied photography at Chiba University before working for the advertising agency Dentsu, where he used. photocopiers to distribute his first shots. Fired for organizing a nude exhibition in   a restaurant in Ginza, he started a new career by self publishing. Today, his work count more than 500 books published around the world.

Interviews on photography translated from Japanese

by Dominique and Frank Sylvain