Nick Brandt –Crusade of the species 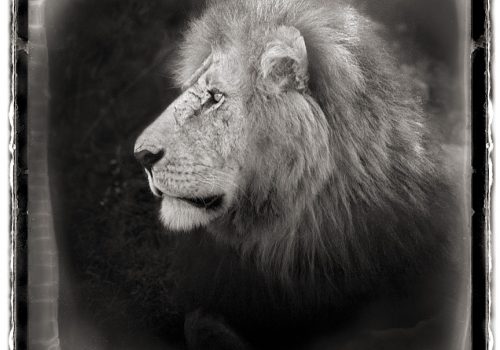 Particulary disappointed by the poor quality of his two last books, Nick Brandt has auto edited his last one, « On This Earth-A Shadow Falls », he has also founded his own foundation, The Big Life Foundation.
Big Life Foundation is a non-profit organization dedicated to the conservation of Africa’s wildlife and ecosystems.
With particular emphasis on countering the recent alarming escalation of poaching of African wildlife, Big Life seeks to work together with other NGO’s in the areas to consolidate, coordinate and collaborate on all information and resources, so that as a team, maximum efficiency and effectiveness for protection of the ecosystems can be realized.
Working in the critically important areas adjacent to and surrounding National Parks, the most significant funding will go towards building up mobile teams of well-trained and well-equipped anti-poaching rangers and scouts.
Initially, the focus of Big Life’s work is urgently protecting the diminishing wildlife of the Amboseli ecosystem in Kenya and Tanzania, with anti-poaching infrastructures established on both sides of the border for maximum impact.

Born and raised in England, Brandt studied Painting, and then Film in London. He moved to America in 1992 and directed many award-winning music videos for artists like Michael Jackson (Earth Song, Stranger in Moscow, Cry), Jewel and Moby.
It was while directing Earth Song, a music video for Michael Jackson, in Tanzania in 1995, that Nick fell in love with the animals and land of East Africa. Over the next few years, frustrated that he could not capture on film his feelings about animals, he began to realize that there was a way to achieve this through photography.
In 2000, Nick embarked upon his ambitious photographic project : a trilogy of books to memorialize the vanishing natural grandeur of East Africa. The first two parts of the trilogy have been published in On This Earth (2005), A Shadow Falls (2009), and On This Earth, A Shadow Falls (2010, combining the best photos from the first two books).

In one of his books, Nick explains :
“I’m not interested in creating work that is simply documentary or filled with action and drama, which has been the norm in the photography of animals in the wild. What I am interested in is showing the animals simply in the state of Being. In the state of Being before they are no longer are. Before, in the wild at least, they cease to exist. This world is under terrible threat, all of it caused by us. To me, every creature, human or nonhuman, has an equal right to live, and this feeling, this belief that every animal and I are equal, affects me every time I frame an animal in my camera. The photos are my elegy to these beautiful creatures, to this wrenchingly beautiful world that is steadily, tragically vanishing before our eyes.”
Nick divides his time between his home in the mountains of Southern California, and East Africa.