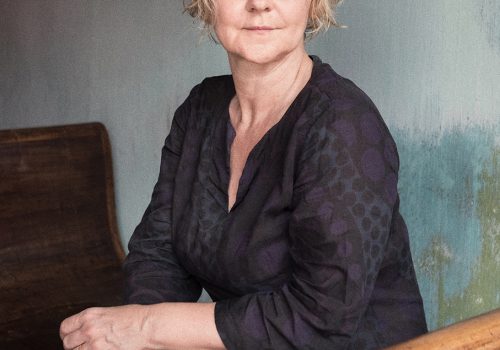 L’odeur de la nuit était celle du jasmin (the scent of the night was that of jasmine), is a continuation of FLORE’s book, Lointains souvenirs (Éditions Contrejour, 2016), which offered a variation on the Indochinese youth of Marguerite Duras. In this new work produced as part of the Marc Ladreit de Lacharrière Photography Prize in partnership with the Académie des beaux-arts, the artist draws on her childhood memories, on the stories of her grandparents who lived at the same time and in the same places as Marguerite Duras an unfathomable mysteries nourishing what she feels today as a part of the common imaginary world between herself and the writer.

Franco-Spanish artist photographer born in 1963, FLORE currently lives in Paris. Winner in 2018 of the Marc Ladreit de Lacharrière Photography Prize in partnership with the Academy of Fine Arts, she carries out her work over the long term, often during trips. Her works have been acquired and exhibited in various prestigious institutions such as the Petit Palais Museum, the BnF, the MMP + in Marrakech or the Rivesaltes Memorial. Several monographs have been published on her work by Editions Contrejour, André Frère, Maison CF and Postcart Italy.

Created in May 2011, the gallery and the Clémentine de la Féronnière editions have developed with the claimed desire to support the work of its photographers over the long term. The gallery notably represents James Barnor, FLORE, Peter Mitchell, Anne Rearick and Guillaume Zuili. Located on the Ile-Saint-Louis in Paris, it hosts an average of five exhibitions per year and quickly found its place in the major international photography fairs. In 2020, Maison CF published seven photography books, with authors such as Gilles Favier, JR, Mathieu Kassovitz or Guillaume Zuili.

For this first work produced with FLORE, the publisher has surrounded himself with Nelly Riedel, graphic designer who produces most of his works, Adrian Claret for editing and photoengraving, and the Deux-Ponts Manufacture d’Histoires team. for manufacturing, and printing. This book in the original format, with a Japanese binding, was printed on a traditional offset machine, in two-color and CMYK. It was born from the real work and intense collaboration, between the different trades. An Italian version of this book is published by Postcart.

Since 1955, the Prix Nadar Gens d´images has been awarded to a book devoted to early or contemporary photography published in France during the year. It is awarded in partnership with the National Library of France and the Nicéphore Niépce Museum, under the sponsorship of the Ministry of Culture. With the Nadar Prize, the Gens d´images association wishes to highlight the greatest successes in photographic publishing. More than forty French publishers participated in the 2020 edition of the Nadar Prize by submitting 99 books.

Hard copy in a box containing the limited edition of the book,

signed and numbered on 30 and an original photograph on