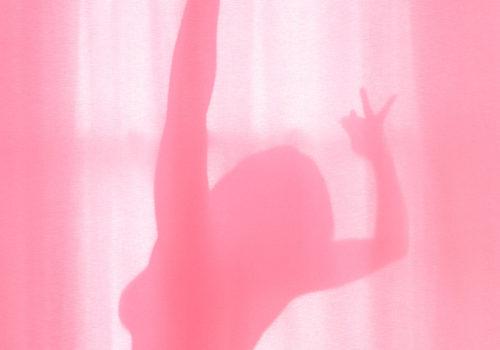 The doors of Paris Photo, vintage 2022, have just closed. With my accreditation: “press” in hand, I was able to access the so-called VIP day on Wednesday. Incidentally, it should be noted that the “Very Very VIPs” had already been invited the day before by a very great American international bank, which was – this year – the leader of the sponsors for this shining event. Let us remember that Paris Photo is intellectually the largest commercial event about photography. I thought it would be a bit quiet that day to take advantage of the multitude of works offered to buyers. This was not so, because I did not know that the number of VIPs, addicts to photography, had become so important. Considering the number of bottles of champagne, from a major brand, which were emptied that day, I wondered if there weren’t more of them than the number of images on display.

This “private” preview was obviously a great success, judging by the number of well-known collectors, art dealers and representatives of public establishments that I have seen or glimpsed at. Some photographers represented by galleries were also present. The next day, was the full opening to the public with – as icing on the cake – one of those sympathetic strikes that Parisian transports workers knows how to concoct. For the stubborn walkers, of which I am surely, the access was not totally impossible.

The aisles were therefore properly filled, and the stands were well occupied. It came to my ears that the following days the “grand palais éphémère” was chock-a-block. Quantitative success was certain.

The exhibitors essentially form three groups, supposed to have in common the use of photography in all its forms.

The first team, incontestably the most numerous since the origin of this fair,  was formed by the specialized galleries of the photography markets. They came from all over the world, which makes Paris Photo, despite exponential competition, the reference on the market. If I insist on international, it is not an empty word, I have heard a great number of languages ​​there, with this dialect called business English at more than 80%. Which was pretty good for the photos that visitors could discover without unnecessary comment.

The second community was that, of the currently highly sought after by photographers: the publishers. They were quite numerous (around thirty) from all walks of life, from New Mexico to Japan. The book has been fashionable for two or three years, many photographers dream of their book. This is no doubt why a certain number admitted to me that they had participated financially, more or less strongly, in the publishing and production of their famous book. Not very surprising when you know that those same people finance their own exhibition.

The third component, which increased vertiginously, in very few years, is made up of patrons with big money wallets. As they are never so well served as by themselves, highly organized patrons have their own teams of curators, set designers and other artists. All a little world in a vacuum whose only concern is to promote the name of their generous patron. It is fun to see the significant efforts of all these multinationals to do better than their neighbour in terms of prestige not putting the same vigor in the defence of photography.

The population that attended this last event has become very heterogeneous. The opening was reserved to the financial and administrative aristocracy of the preview who had found themselves, among themselves, in their very closed backyard.

During the preview, the great amateurs and informed collectors who found themselves escorted by all the preppy club members who had to be seen in this essential place. A few little-known and often perplexed photographers wandered from one stand to another to finish their marathon in the middle of the popular publishing stands. The new technocrats of the photographic spheres flitted between meetings with promotion colleagues and bottles of champagne, frequently succeeding in joining the two operations. I would not like to forget the staff of the organization and in particular those of security who were really active, with vigilance, to ensure our peace of mind.

Starting the next day, the public responded with a very clear rejuvenation, already noticeable last year. The elders, still able-bodied, are loyal to the post; but many young people are also present. And then, come more and more as a family because we talk about this Paris Photo everywhere.

I would still like to talk to you about a few photographs; because that was the purpose of my trip to Paris.

On the gallery side, overall, I found a lot of images from previous years (certainly safe bets) and then there are the trends, as they say. Monochrome (particularly black and white) has taken off considerably, which can be explained by the importance given to so-called vintage shots (true and false). All techniques combined, all the centenary photographs, or almost, are  “ the best of the best”. Regardless of the lack of signature, numbering or certificate, the photograph will sell for a good price, often overvalued. It should be noted that many are very beautiful, because our photographic ancestors were so good. In this category, I was horrified by some old and original photographic artworks that massacred with ballpoint pen, there is really no respect. If the author wanted to do this on his own unforgettable prints, I admit that they may be contemporary artistic creations. On the works of third parties who can’t even defend themselves against it, it’s rape.

For more contemporary artworks, the galleries showed us all that is possible, from the best to the worst. Ecology required, photographs of trees and every kind of waters and were very present. Of course, there was everything, but with the impression that overall the quantity was less than previous years. I also noticed general progress in the scenographies of the majority of the stands.

And then the highlight remains with the labels. On the side of some photographs, stickers with the mentions: elected, recommended or advocated were plastered. Thus, a major women’s magazine, a larger economic daily, invite their readers, and others visitors, to find such and such a photograph superb. Not to forget the masterpieces chosen – with love – by the curator of the fair (well, I thought I understood that in the graphic scribbling attached to certain images). I found myself in the yoghurt or cooking oil departments of our hypermarkets!

The prices of works that were, in principle, on sale have completely disappeared. Except for very very rare exceptions which did mention the cost of acquiring a photograph. I asked questions about this new phenomenon to get evasive non-answers. Gallery owners are ashamed of displaying extravagant prices in front of a crowd of mainly curious, neophytes and people without a budget. I also imagined that the variation of the price, in the manner of the airlines or those of the railroads, made its appearance in the artistic world.

With her complicity and that of her London gallery, I offer you, on an unusual basis for the illustration, the only photograph of this year that caught my attention. It reflects this vintage dedicated to women photographers, to freedom in these turbulent times, and to this new form of inspiration that money power claims to bring to our dreams.

The inexorable transition continues, as in all these gatherings of photography that I have been able to attend this year. This event is sliding towards a commodification of the idea of ​​photography and an impoverishment of the artworks resulting from Photography.

to know more about the photographer Juno Calypso