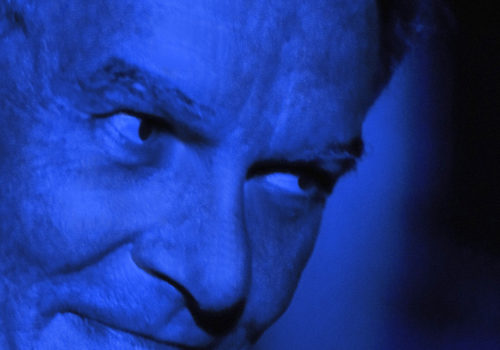 This is an absolutely exceptional moment when while the shutter, or any things serving this functions, opens and the little bird may quickly escape from your camera. What every operator, throughout the history of photography, forgot to specify is that he took advantage of this operation to bring inside his camera everything that was strutting in front of the pinhole, with or without optical tools. This little technical reminder on the temporal way of fixing a subject with the complicity of light certainly seems obsolete to you. It is however the essential condition for the existence of a photographic picture. You will object that there are a lot of operations before or after the click that participate in the reality of a photographic artwork. It is true, I do not dispute this to you, they are almost unlimited these operations, carried out singly or in series, which give an outcome towards its finality as artwork. But only one is essential in the attempt to freeze a situation in time. Regardless of the style or object of the photograph (landscapes, portraits, still lifes, animals, etc.) the future of the image is played out with the agility of a finger on a button (this also applies to the optical cover, the radio control, the shutter release and a thousand other ingenious systems). The shot is a lapse of time to engrave, with the light, an alignment of planets comprising an always complex subject, an often capricious light, a rather rebellious equipment, a creator constantly perfectionist. It is all the difficulty of freezing the light at the right moment – when all these small things seem to want to synchronise – in order to be able to tell or to affect in future times.

So I am going to share with you this magic instant which determines the picture when it does not do it directly as is true for photojournalists. You can always dress and make up your photographs both before the click and after. Before the click will use the costumes and cosmetics on people or objects, the installation or not of a context with natural or reconstituted backgrounds, the filtration and delimitation of light, the relative movement of forms between them , the technical adjustment of the shooting equipments. After the traditional “it is in the box”, actions can range from instantaneous Polaroid-type development to multiple operations through chemical baths or complex digital actions with computer softwares..  For a true photographer worthy of this qualification (self-taught or holding a degree, he owns the technique) anything goes and nothing can stop him to obtain the desired result. All this may prove to be necessary to obtain a photographic artwork; but in no case, will all these artifices be enough. The only step that nobody can forget is the magic instant which may not be overlook; but more, which will make the difference, very real, between a simple technical image  and an exceptional artwork.

Now we are at the heart of the matter, in the temporal dimension, the very one that can get you mad. Why do some photographers produce exceptional works over and over again? Then why do good technicians consistently offer us correct meritorious images? Finally, how are people always looking for an enhancement of their name, even if they have gone through so-called prestigious schools and have prints exhibited in no less prestigious galleries, are unable to show anything other than photographs that they must themselves proclaim extraordinary. Sometimes, there is a suspicion of truth (concerning the extraordinary) to be noted for the profit of enlightened manipulators (on the money angle) of the so-called artistic and financial markets?

After having eliminated approximately 95% of the photographs taken at all time and which disappear naturally with their own content despite their multiplication to thousands, even millions, of copies inside social networks. The latter cannibalize them faster than they propagate (natural selection is not so bad).  Putting  aside all the so-called automatic photographs taken for security, documentation, proof or illustration purposes. The images produced by a machine, even those endowed with a so-called artificial intelligence and hyper sophisticated cameras which were recently presented to the photographic people, have at this time no interest. By the way, it becomes now a real feat to disengage the 70% to 90% of pre-programmed automatism in our cameras which are no more immune to these delusions than a washing machine or an automobile (remember the famous brainwashing machine of Alfred Jarry). I also pulled out the amateur from the image, image of himself which can only be matched with “prestigious” brands with, if possible, ambassadors with whom it is fashionable to identify. To be honest, some pictures of these ambassadors are strangely on the same level as the images of our amateur, sometimes it is difficult to know who rubs off on whom! If all these people and a few others (the list would be a little too long) often or sometimes press on the button, none has understood that there is a time period to do it and that this period is very precise depending on the desired goal.

What remains to realise this magic instant: the real source of a photograph for the gallery of artworks in the making? There remains a photographer, the jack of all trades , one who perfectly masters all parameters essential to the expression of his ideas which will make the originality of his images. Among these characters, more or less multi-skilled, stand out the champions of anticipation, the creators. The shooting, whatever the exposure time, is always anticipated to ensure the perfect alignment mentioned above. The instant of the impact of light always comes after a certain waiting time which changes even when it is minimal, even when imperceptible to our understanding. This lag comes from our own nervous reaction time (except for those called Luky Luke like this cowboy who shoots faster than his shadow), from the reaction time of the material and also sometimes from the feed back of the subjects. A few years ago this phenomenon was obvious and somewhat confusing for many photographers with the arrival of digital cameras which presented clearly offbeat reactions. The anticipation is undoubtedly true, but only for the snapshot portrait will you contest! Not at all. If it is certainly the space, or one of the spaces, of the most difficult and the most demanding operation (how many known portraits have lost the spark of a personality and only present a half appearance of life at best). The observation is just as valid for still lifes or landscapes which however often allow more flexible exposure times. The recognised specialists in slow exposure will surely not contradict me, even when the exposures last for hours, they must anticipate the entire moment of capturing the light with all its hazards. Above all, do not imagine that the result is the fruit of benevolent chance when it is reproduced by the same author in his various artworks.

Finely, the question is not knowing how to press a button, after the preparation and before the operations of improvement, the problem is to feel and anticipate when the magic instant will be offered to you. A master creator of animal photography recently said it in a conference: “… and that cannot be learned in schools! “.