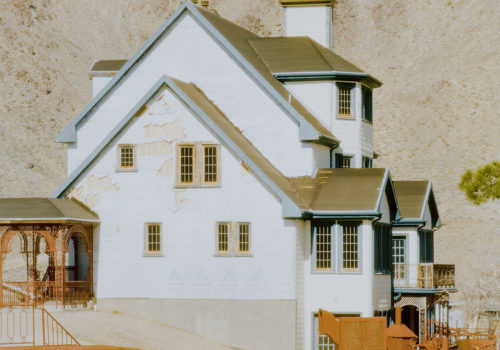 Dark Mirrors brings together essays, mainly concerned with US-based photographers and videographers, written over the past six years by Stanley Wolukau-Wanambwa. The author sees the artists he discusses as producing works of cultural anatomy that share ‘an eloquent capacity to make art that interrogates the notional transparency, the efficacy and intelligibility of the visual’ and he connects such questioning with pressing political, social and ecological concerns that constitute the world’s ongoing state of crisis.

The opening essay is a review of Photography is Magic (2015), a celebration of photographic practices — self-referential, conceptual, non-representational, comfortable with mixing visual media – that made manifest the distance travelled from traditional, documentary methods. If the chasm can be bridged, it needs to be shown that new and old ways of seeing the world through photography share some common ground and, in the rest of the book, this is what Wolukau-Wanambwa explores.

One of Daniel Shea’s images from 43-35 10th Street (2018), shows a glass-fronted high-rise building to the left and, occupying the other three-quarters of the frame, a cobalt blue sky with a crane’s shovel dangling and what looks like three autumn leaves floating in mid-air. For Wolukau-Wanambwa, the photograph insists on revealing the city as an imaginary construct that disavows ‘ruination in the production of the new … the pitilessness of power operative at the scale of the globalised neoliberal city.’ The high-rise buildings of Long Island City are pictured as seductively beautiful but abstractedly so, their gleaming mirrored surfaces veiling ‘classed and racialized power’.

There is no denying the peculiar expressive felicity of this image but a question emerges of the difference between reading a meaning onto a photograph and, on the other hand, revealing one that is immanent to the photograph; a difference akin to the distinction made by early Wittgenstein between saying and showing. The question becomes acute when looking at work like Joel W. Fisher’s Agapage (2017), an assemblage of text and photographs,. Fisher’s twin images, ‘Penske Negative’ and ‘Penske Positive’, reminiscent of Mark Rothko’s colour field paintings, pair shadowed vertical lines in frames of dark blue and a lustrous yellow. The lines evoke those of the logo of Penske trucks (a major corporation with 2,500 rental locations across the US) and Wolukau-Wanambwa sees the monochromatic bulk of each image as exaggerating and making visible ‘the simplistic signalling of the corporation and the instrumental value of the image to the constant circulation of photographs and of capital’. This may be so but what is not clear is how the logo’s simplicity is exaggerated by giving it a shadowy presence, or what may be signified by turning its trajectory from horizontal to vertical within the twin images, let alone how the images signal the circulation of capital.

Theory can jump ahead of practice in some of the Dark Mirrors’ readings, aided by the author’s urgency in referencing a range of cultural commentaries in the essays. But this is also a strength of the writing and citations supplied in the notes point the reader to a rich mine of further reading. The intellectualising pays off when theorising’s presence abates, enabling it to abide in the background and give ground to attentive scrutinising of individual photographs.

Wolukau-Wanambwa’s best writing arises when photography’s vector points away from photofabrications and conceptualism. In the case of Katy Grannan’s Anonymous, Modesto (2012), it is not just her portraits, where strength of character coexists with fragility and brokenness, but their aesthetic form that is seen to embody the American crisis. He convincingly argues how ‘light in these portraits generates a pressure that is pervasive, and commensurate with the complex calculus of daily survival in an economy of obsolescence.’ The quality of the close readings in the essay on Katy Grannan is matched in a short piece that follows it, revisiting Robert Bergman’s A Kind of Rapture (1998). Bergman’s portraits are justly valorized for the sublime, poetic intensity with which they articulate human subjectivity. Wolukau-Wanambwa is eloquent in discussing Kristine Potter’s portraits disempowering the white American male in Manifest (2018).

The sixteen essays compiled in Dark Mirrors are never inward-looking or parochial, working as they do to boldly situate and refigure the visual within the vastation of contemporary life and they exhibit an acuity that makes for valuable reading.

Dark Mirrors, by Stanley Wolukau-Wanambwa, is published by Mack Books.