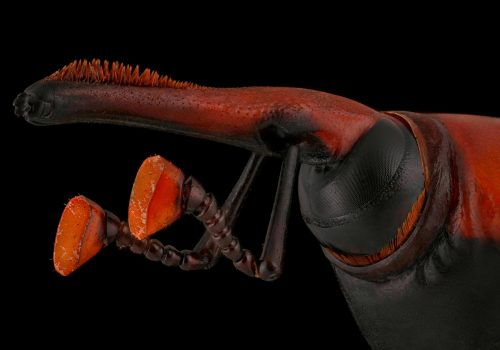 The winners have been announced in the Luminar Bug Photography Awards 2020 in association with Europe’s leading invertebrate charity, Buglife.

Over 5,000 images were submitted from around the globe, competing for a total prize pool of £23,000.

The grand prize winner, and “Luminar Bug Photographer of the Year 2020” is Mofeed Abu Shalwa, a Saudi Arabian photographer who incredibly started photographing invertebrates as way of overcoming his childhood phobia of insects. He has clearly since gone on to conquer that fear, and alongside his title wins £2,500 in cash, and additional prizes worth £2,000.

Jamie Spensley from Solihull in the UK has been crowned ‘Luminar Young Bug Photographer of the Year 2020’. Jamie is 17 years of age, and in his second year at college studying Creative Media. He won with a technically brilliant shot of a carder bee, and takes home over £1,200 worth of prizes.

The annual awards were launched this year as a way of simultaneously celebrating invertebrates photography, and raising awareness of the plight of so many invertebrates species, which have seen large declines in their populations. The awards have also raised valuable funds for the conservation efforts of Buglife.

To see all the winning images, runners up and shortlisted images, visit the Luminar Bug Photography Awards website.

Mike Betts, CEO of Photocrowd “These awards showcase the incredible variety and complexity of the world of invertebrates, and give those who photograph them an opportunity to have their talent recognised. We’re proud to be able to support Buglife’s crucial conservation efforts, and to use these awards as a means to carry their message about the plight of invertebrates.”

Matt Shardlow, Buglife CEO “A huge congratulations to all the participants and winners. It is often said we only save the things we know and love. Sadly this seldom applies to the bugs without whom life as we know it would come to an end. These awards will hopefully bring people closer to the beauty and value of our multi-legged friends. A big thank you to Luminar and Photocrowd for making this happen.”

Alex Tsepko, Skylum CEO: “We’re pleased to be the title sponsor for the first-ever Bug Photography Awards, alongside the renowned conservationists at Buglife,” said Alex Tsepko, CEO of Skylum. “By showcasing both the beauty and plight of invertebrates through the magic of photography, we want to call attention and help raise funds for this important effort.”

Best of April 2020 : The winners of the Getty Images Climate Visuals grants