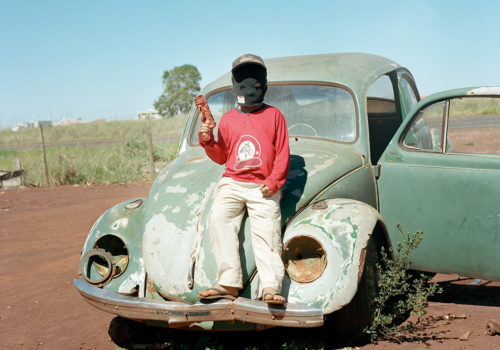 For the third consecutive year, in 2017 the Rencontres de la photographie is offering an award to fund the publication of a dummy book. Endowed with a €25,000 production budget, the award is open to all photographers and artists using photography who submit a previously unpublished dummy book. Experimental and innovative forms will receive special consideration.

The application deadline is Friday  March 31st 2017. An international jury will choose the winner. The 2017 winner’s dummy book, as well as those of the nominees, will be exhibited this summer during the Rencontres d’Arles. With support from the Luma Foundation.

The award is endowed with a €25,000 production budget, including €3,000 for the author or authors, as the case may be, payable in advance. This amount is intended only for the production of the submitted project. The Rencontres d’Arles will take care of the project’s publishing and financial operations.

> All professional photographers and artists using photography, of any age or nationality, are eligible to participate.

> The submitted project may be individual or collective.

> Only one project may be submitted. It must be original and must never have been published or received a commitment to be published by any publisher.

> Self-published projects that did not have an ISBN number, and which have not yet been distributed, are accepted.

> The project must be as close as possible to the final version, both in its form and the materials used (type of paper, etc.), and technically feasible using traditional book production methods.

Applications may be written in French or English (except the application form, which must be in English only). The dummy book must be presented in its original language. Participation in the Luma Rencontres Dummy Book Award Arles 2017 is free. Application materials submitted from France must be sent by Colissimo, or any other form of traceable delivery, by midnight on Friday 31 March 2017 (postmark deadline), by international express delivery (UPS, Fedex, DHL, etc.) from other countries, and by email. See details below.

1/ Materials  must be sent by post to the following address only:

> One hard copy of the dummy book (in the event of nomination, one more copy will be requested for conservation in the Rencontres d’Arles archives; the other will be exhibited at the 2017 festival).

> The duly completed and signed application form (in English) including:

– A short description of the dummy book

– A detailed CV including a list of shows and publications.

Note: Customs duties may apply to application materials sent from outside the European Union.

2/ Materials  sent by email  only to  the following  address :

> A PDF copy (an average-size PDF file in the form of continuous separate pages). IMPORTANT: the file must start with the dummy book’s front cover and end with the back cover and be sent by WeTransfer to the email address mentioned above.

The Rencontres d’Arles will shortlist 25 nominees. A jury (currently being selected) will meet in May to choose the winner, whose name will be announced during the festival’s opening week (the exact date will be released later). The jury will consider the submitted projects’ editorial quality and technical feasibility. The nominees and the winner will be individually notified by email in May. The Rencontres will invite the winner to the festival’s opening week (3 to 9 July 2017). The winner agrees not to reveal his or her identity before the official opening week announcement.

From 3 July to 24 September 2017, the 25 shortlisted projects will be presented in the festival’s official program and in digital form, partially or entirely, on the Luma website for one year.

> Application materials must be submitted from 31 January to 31 March 2017 inclusive.

> The winner’s name will be officially announced during the Rencontres d’Arles opening week (3 to 9 July 2017).

> The winner’s book will be presented at the 2018 Rencontres d’Arles.

The Rencontres d’Arles will handle the dummy books with the utmost care. However, the Rencontres d’Arles cannot be held liable for any damage that might occur during the public’s consultation of the dummy books. The present contract is subject to French law. Any disputes pertaining to the execution or interpretation of the present contract that might arise between the Parties will be brought before the competent jurisdictions, if a friendly settlement cannot be reached.

More informations and applications at: