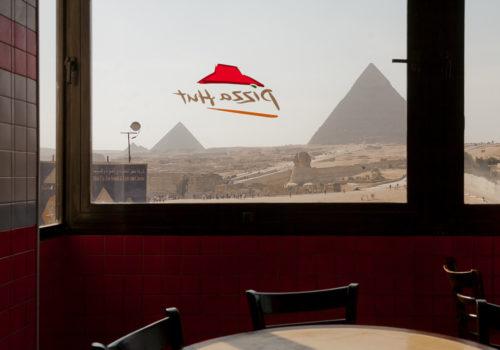 Looking at the Levant by Sean Sheehan

That the pastness of the past is embodied in photography is a truism but there is another dimension to the past, one that makes it alterable by the present and changeable again in the future. Such a swirling collusion of time’s possibilities – what Walter Benjamin meant when he wrote of the image as ‘dialectics at a standstill’ – emerges as the point of interest in Ha Aretz, a new photobook featuring the work of Roger Grasas.

He has photographed places and people in the Levant, a region whose name is rooted in an acknowledgement of time (from the French, lever, ‘to rise’, as in the rising of the sun in the east). They were taken between 2010 and 2017 and bear witness to the entanglement of the past with the present and the future. One of the early shots in the book is of the Mount of Olives in East Jerusalem where an ancient Jewish cemetery has been in use for over 3,000 years. Its historicity is writ large in the language of stone (the olive groves have long gone) and its epochal significance for Jews is shown by the pilgrimage of tour buses on the road that runs through the mountain ridge. While it is believed that the betrayal of Christ by Judas took place close by, for Palestinians the annexation of East Jerusalem by Israel is a present-day betrayal of their aspirations for statehood and one that will be redeemed in time to come. History, like the tour buses in the photo, is stuck in a logjam.

A few pages on from this photograph in Ha Aretz, there is an image that serves to emblematize temporal reflections of this kind. It shows a lone figure, dwarfed by the space that surrounds him as he crosses a town square in Amman, Jordan. The shadow cast by his steps as he purposefully strides forward is short compared to the elongated one, pointing away at an oblique angle, of an electric pole that is the only other object occupying the square. Faint outlines of squares dissected by three straight lines can be discerned on the concrete surface upon which he walks, while above him electric lines from the pole stretch across the frame’s space. This topological economy, a criss-crossing of spatial and linear demarcations, defines his passage and perhaps his destination.

The Amman scene expresses the spacetime of physicists, implicating the dimensions of space with the one of time, erasing their apparent independence. The splintering of the Levant’s spacetime fabric by political and colonial vectors creates a danger-filled gap between a region rich with ancestral and biblical resonances and a contemporaneity subject to forces of occupation and segregation – graphically encapsulated in the image that appears on the book’s front cover: a torn poster on the side of a building in Jaffa depicting a massive explosion.

Other photos in Ha Aretz point to the globalizing force of merchandizing – its visual presence keenly felt in the hyper-reality of a luridly pink, castellated façade in the tourist-oriented Red Sea city of Hurghada. This photograph is an instance of showing, unlike the expanded captions in the accompanying booklet which are all about saying. As such, they iterate biblical references, driving home a temporal dichotomy between the sacred and the secular at the expense of time’s dialectic.

The photos of Grasas are impressive when their empirical subject matter gives way to ruminations on mutability amidst reminders of a different temporal order, one that persistently undermines current arrangements and uses of space, the way things happen to be in the present: two Jordanians gazing out at oil tankers on the Red Sea at Aqaba; a mural on a barrier dividing a street in the Palestinian city of Hebron; sections of the wall built by Israel to keep communities apart; four deckchairs and a red umbrella marking a human intervention between the shifting sand and the salty density of a receding Dead Sea where life cannot flourish. The deckchairs are empty, as if inviting intercession.