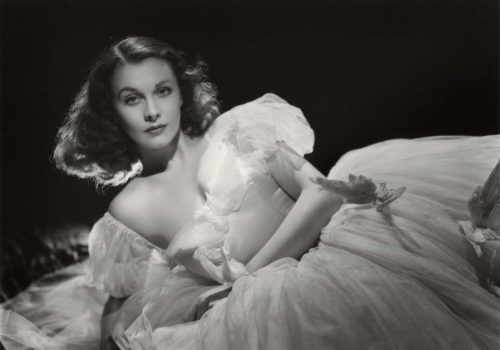 Kobal also tracked down Laszlo Willinger, Ted Allan’s successor, who was living a quiet retirement in Los Angeles. Hungarian-born Willinger came to MGM in 1937 as part of the studio’s last European sweep for talent before the outbreak of the Second World War. Hedy Lamarr and Luise Rainer were signed at the same time. At first Willinger was reticent about speaking of the past because he felt there was little interest in Hollywood of the 1930s and 1940s. Kobal convinced Willinger that he was interested and the two developed a friendship.

Willinger brought a fresh look to MGM and Hollywood photography — his prints have a crisp luminescence and his compositions often orient his subjects on the diagonal, which gives them a modern, European sophistication. “I tried to make a photograph as dramatic as possible,” Willinger wrote in 1986, “by lighting dramatically.” As he did with Hurrell, Kobal anxiously queried the veteran photographer about photographic practices. Willinger recounted to Kobal, “Loads of photos were taken and the negatives were sitting around, but they were never used because the stars vetoed them”. Even though MGM’s first lady Norma Shearer wanted Willinger to make all her portraits after 1937, and he did photograph her beautifully for Marie Antoniette (1937) and later films including The Women (1939), that didn’t guarantee the road would be easy. “If Shearer liked 10 percent of a sitting,” Willinger told Kobal, “you were going great. With Crawford you could figure 80 percent would be okay.The one I liked best to work with was Vivien Leigh. She was a thorough professional.”

Along with Leigh, Willinger photographed the new stars that MGM cultivated in the early 1940s to replace old timers such as Garbo and Shearer who were retiring or Crawford who was being forced out of the studio. Looking back on his career Willinger wrote, “I photographed what there ought to be.” Stars hired by MGM in the 1940s such as Ingrid Bergman and John Garfield gave him pretty good raw material. So too did tireless cinema veteran Marlene Dietrich who came to MGM in 1944 to make Kismet. Willinger’s portrait of her standing above him shows the great star had lost none of her authority with the camera.

Willinger went on to have a very successful career in commercial photography. He delighted in telling John that his biggest money spinning photo was of two poodles used as the brand image for a chocolate manufacturer and no one would be interested in photos of old movie stars. But he was also quietly delighted when later he stood in the Museum of Modern Art in 1980 posing for press photos and saw the massive crowds enthralled by the photos taken by him and his fellow Hollywood photographers.