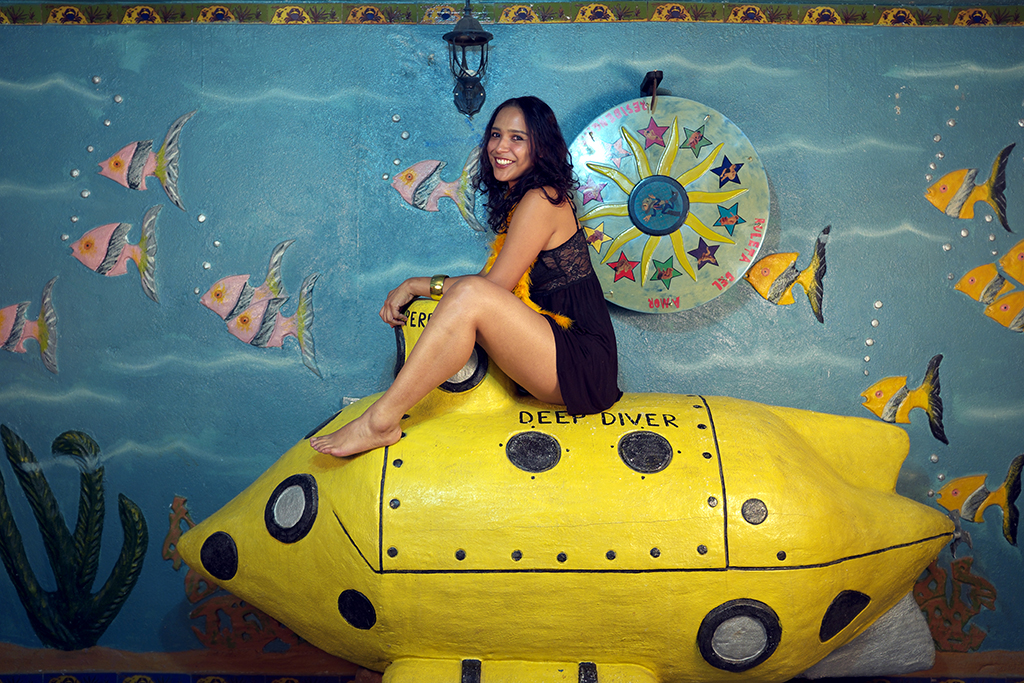 On my first trip to Cali, Colombia I lived for two weeks in a thematic love motel called Kiss Me. Motel Kiss Me, Cali’s largest and most popular love motel, has more than 180 rooms, each one with a different theme. Although not everyone would not get sexually excited by looking at planes crashing into the twin towers and the life-size figures of Bush and Osama bin Laden standing right next to the bed, or by the relief image of Hitler or a scale model of a Volkswagen beetle, there is something special about spending a few hours of pleasure in an igloo or in the tropical room lying beneath a (concrete) palm tree.

In the end, though, people come to Kiss Me not to admire the art but to indulge in sexual fantasies, which is why many of the rooms are equipped with “love machines” in the form of an Incan emperor, a gorilla or Fidel Castro upon which the woman sits with her legs spread as the man penetrates her standing up; swings with stirrups to lift butts up into the air; love roulettes that you spin to decide which position to assume next; and condoms donated by the hotel to ensure a healthy experience. Prostitution is legal in Cali but Motel Kiss Me doesn’t cater to prostitutes and their clients, instead it welcomes couples and lovers of all sexes, races, ages, social classes and gender combinations and numbers (up to six can fit in a suite) with very affordable prices.

Cali has a reputation within Colombia and abroad for possessing the most sensual women and I wanted to witness this first-hand within an inspirational context, so while I was staying there, I invited twelve caleñas (one actually being a transvestite) from all walks of life into the hotel to take portraits. The only instructions I gave them were to imagine that they had come there with a lover. The women chose the room, the clothes they wore, whether they wanted to apply make-up or not, and even chose the poses they assumed in front of my camera.