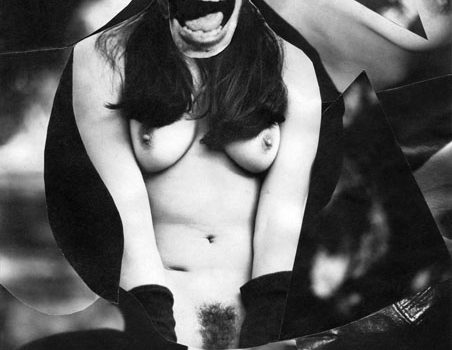 “The body is the instrument of our hold on the world.” – (Simone de Beauvoir, The Second Sex)

Antibodies also tackles issues such as the supposed indexicality and “truthfulness” of the photographic medium and raises questions regarding ownership, copyright, and the appropriation and (ab)use of imagery. In this overtly hyper-technological, post-photographic age we live in the boundaries between truth and illusion are questionable. Images can be downloaded, appropriated and manipulated to a point where authorship is lost and the viewer is not sure what he or she is looking at.

Ultimately the work is a critique of the unhealthy obsession with bodily looks and a reaction against our constant bombardment with oversexualized, quasi-pornographic images by the media and the entertainment industry. It seems as if moral and aesthetic standards have lost their significance in an era of consumerist numbness, artificial pleasure, objectification and instant gratification.

Kon Markogiannis is an experimental photographer-mixed media artist-visual poet-independent researcher with an interest in themes such as memory, mortality, spirituality, the human condition, the exploration of the human psyche and the evolution of consciousness. He embraces the indexical qualities of photography and its immediate impact on the viewer, but what he is mainly concerned with are the ways “reality” can be transformed. By manipulating the photographic medium and/or combining it with other media he is able to develop a personal and simultaneously transpersonal language which negotiates between subjective art and the photographic document. He sees his work as a kind of weapon against the ephemeral or, as Vilém Flusser would say (Towards a Philosophy of Photography), a “hunt for new states of things”.

Kon has been exhibiting his art for many years (mainly in Greece and the UK) and his work has been featured in various books, journals and magazines. His university studies include a BA in Visual Communication Design, an MA in Photography and a Doctorate in Fine Art. He currently lives and works in Thessaloniki, Greece.