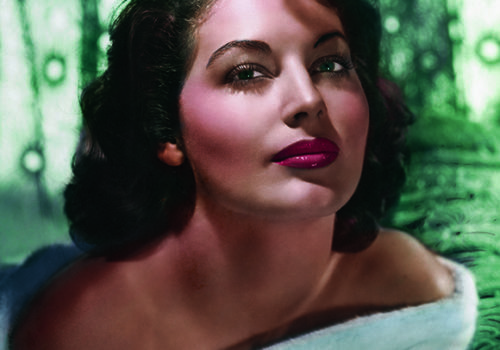 Hollywood Icons is the latest publication from the archive of the John Kobal Foundation and accompanies the exhibition, Hollywood Icons, being toured by Terra Esplendida, which opened on July 15th 2016 at the Villa Manin, Udine, Italy and runs through to October 9th 2016 before going on tour to the Palazzo Delle Esposizioni in Rome in June 2017 followed by other European and worldwide venues over the next few years.

Hollywood Icons provides a rich survey of the great stars of the classic era of Hollywood movies and the photographers responsible for creating their glittering images. Motion picture history is usually written from the point of view of actors or directors with little attention given to the gigantic enterprise that makes motion pictures possible. The millions upon millions of images distributed by Hollywood studios throughout the golden age were all the work of camera artists working quickly, efficiently and most of the times brilliantly to promote Hollywood style worldwide.

No one understood the importance of this critical body of Hollywood material better than John Kobal. Starting out as a film enthusiast, he later became a journalist, then a writer and finally, before his early death in 1991 at 51 years old, he was acknowledged as among the pre-eminent film historians. Kobal’s wrote biographies of Garbo and Dietrich, and surveys of the photographers Nelson Evans and Clarence Sinclair Bull, but ultimately his reputation rests on his pioneering work resurrecting the careers of George Hurrell, Eugene Robert Richee, Laszlo Willinger and their contemporaries. His book, The Art of the Great Hollywood Photographers, remains a cornerstone of film research.

The exhibition and book also gives an insight into Kobal, the extraordinary man who brought many of these images to wide public attention through his books and exhibitions from the late 1960s through the 1980s at, amongst others, the Victoria & Albert Museum, London; the National Portrait Gallery, London; the Museum of Modern Art, New York;the National Portrait Gallery, Washington DC and LA County Museum, Los Angeles.

The photographs in the book and exhibition are largely vintage prints from the archive alongside some 1970s prints made from the original negatives by some of the great Hollywood photographers for the exhibitions that John mounted of their work.