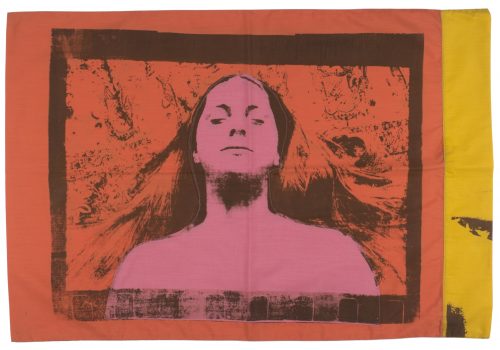 Steven Kasher Gallery presents a major solo exhibition of pioneering feminist artist Joan Lyons. Lyons (American, b. 1937) is one of the great unsung artists of her generation. The exhibition features nine of Lyons’ pivotal photographic projects. This is the first gallery solo exhibition of the artist’s work since 2013. Lyons’ groundbreaking work freely combines feminist theory and personal experience. Her work is intimate and introspective, and at the same time fully invested in the indexical quality of photography.

Lyons’ work defies every artistic taboo of the 1950s. She had been taught that contemporary art should be universal, gestural, abstract, monumental — qualities which are inherently masculine. After trying and failing to follow these mandates, Lyons’ realized that her work could not be separated from her own experiences as a woman. Her personal narrative, different in content and tone from the dominant male voice, pushed her to establish new artistic structures.

Over the past six decades, Lyons has employed a variety of demanding and obscure image-making processes. Her work incorporates archaic photographic processes, pinhole photography, offset lithography, Xerography, screen-printing, and photo-quilt making. In the 1960s and 1970s, Lyons was one of the earliest artists to adopt xerography as an artistic practice and was recognized as an innovator in the use of Haloid Xerox drawing as an image making process. In a 1982 artist statement Lyons said “I work with what is available, a variety of optical devices. I work through complexity to something simple and direct. This distillation process becomes more evident as time goes on. I work at those things that are evident; how I see, not conventions of seeing.”

A highlight of the exhibition is Untitled (Bedspread), 1969, the earliest work in the exhibition. It is a sharp, ironic commentary on the status of women in the late 1960s. The repeated image of an anonymous, nude woman that has been screen-printed onto a fabric bedspread is a fierce response to the idea that women are best “barefoot and pregnant.” This piece references devalued “women’s” work including stitchery, quilting and dyeing.

In the Haloid-Xerox portraits, taken between 1972 and 1980, Lyons’ renders her own body to question female archetypes. The work is a deliberate attempt not to objectify women but to internalize their representation. Working in opposition to an instantaneous snapshot or a decisive moment, each image is a composite created over the course of many hours. The prints are the result of multiple transfers onto large sheets of paper using the prototype Xerox equipment that yielded a carbon image on plain paper.

Lyons’ seminal 1974 work Prom is a ritual artifact, a trompe l’oeil deconstruction of her teenage daughter’s first prom dress. Like most of Lyons’ work, Prom is conceptual and process based. The piece is comprised of six life-size sections of the dress, pressed like flowers onto six pages. The weave of the fabric itself replaces a conventional halftone screen, emphasizing the connection between printing and weaving. Prom was personal, concrete and feminine, a forceful contradiction of everything Lyons’ was taught that art should be.