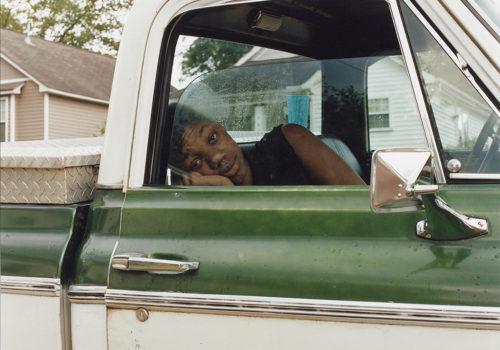 Following the sudden death from cancer of French photographer Ronan Guillou, who passed away in Nice on October 16th 2022, several days before his 54th birthday, a tribute to his life and work will take place in Paris on 8 November 2022. Several friends and professionals who played a key role in Ronan Guillou’s career will give a short speech, followed by a projection of selected photographs and short films by Ronan.

Born in 1968 in Bouar, in the Central African Republic, to a family with strong Breton roots, Ronan lived and worked in Paris, travelling often for assignment and spending as much time as he could by the sea, particularly in the Brittany village of Roscoff where he loved sailing with his childhood friends. After a first job as a FNAC salesperson in the Paris suburb of Cergy, then as an assistant photographer, Ronan Guillou’s first mentor was Australian photograher Patric Shaw who encouraged him to develop his own activity. Thus in 1997 Ronan began working independently as a professional photographer, represented from the outset by PHOM agency in Paris. From the early 2000s and along commissioned projects, Ronan began his first personal photographic research, exploring the heart of American urban landscapes. From then on, the USA would become central to his personal work, and he would travel there once a year for the next 20 years. The entire body of this work is entitled American Narratives.

Working exclusively with his cherished 4X5 Hasselblad, in both color and black and white, Ronan described his approach as « experiential photography » : experience with people, territories, the unknown, colors, forms. This expression allowed him to go beyond classical categories and assume a free and digressive visual form. Exploring forms of social description and marginality, in dialogue with the long tradition of American photography, Ronan was particularly influenced by the New Topographics photography movement. Author of publications Angel (2011, prefaced by Wim Wenders, Éditions Transphotographic Press) and Country Limit (2015, texts by Michel Poivert & Bill Kouwenhoven/ Editions Kehrer), Ronan travelled recently to Alaska and Hawaii, and planned to publish these series.

Ronan Guillou’s work has been the subject of personal exhibitions with galleries in Paris, New York, Arles and Switzerland, and was presented at fairs in Bruxelles, Los Angeles and Amsterdam, as well as with curated photography festivals including Images Singulières (Sète), Festival du Regard (Cergy), Rencontres d’Arles, l’Homme et la Mer (Le Guilvinec), Portrait(s) (Vichy), Photautomnales (Beauvais). Works by Ronan Guillou have been acquired by the collections of the Bibliothèque Nationale de France and the Neuflize Foundation.

The CNAP (Centre National des Arts plastiques) recently funded Ronan’s proposal to examine the deserted zone at the urban surroundings of Las Vegas. A new series on the city of Glasgow, Montana which has been designated by the Washington Post as the virtual ‘Middle of Nowhere’ of the United States, will never see the day. Similarly, a residency at Images Singulières in Sète and the accompanying publication, was planned for 2023. Ronan was also beginning a major new chapter of his career focused on the Mediterranean sea.

Currently, his series Country Limit is exhibited at the festival Photautomnales in Beauvais under the curation of Emmanuelle Halkin and the series Carmen Street, produced as a carte blanche upon the invitation of curator Sylvie Hugues, is exhibited at the Festival du Regard, with the support of the city of Cergy.

Ronan Guillou’s life has been suddenly and brutally cut short at a time when his career was flourishing, depriving the French photographic scene of a talented, singular vision, the fruit of decades of persistence, rigor, sacrifice and conviction by Ronan. With his innumerable friends, collaborators, allies, mentors and fans, we wish to transmit our sincere condoleances to Ronan’s family as well as to his companion Nathalie, who fought bravely on his side throughout his sickness, and to the wonderful Roscoff’s tribe of friend, Ronan’s second family.

From «Angel» to «Country Limit» and «The Last Frontier» consecrated to Alaska, Ronan Guillou weaves a visual fabric that renews with thoughtfulness and sensitivity the question of the margins and in-between places of the American territory. Imbued with references to American photography, his photographs conjure a melancholy gaze that seeks in the past the critical path to the present and the possibilites of a future. His work has incessantly circumvented the cliches of certain territories and the exotic of the elsewhere, transcending their subject.
Heloise Conesa
Curator of Contemporary Photography Bibliothèque Nationale de France

Certain photographers, such as Ronan Guillou, find in the photographic journey a chance to become «other», like a fictional character, or a visitor, existing in a new way that allows them to engage with the real world. Guillou is irresistibly drawn to the USA, that represents for photography, as for music and cinema, a beacon for many French artists. Throughout his travels, Ronan Guillou never stops challenging, in his own way, the very American photography that he has chosen as his partner. (Extract from 50 ans de la photographie française, (Textuel, 2021)
Michel Poivert
Historian and curator of photography
Author of the preface to the publication ‘Country Limit’ by Ronan Guillou (Kehrer, 2015)

The photographs in the book you’re holding in your hands are a much better definition for what I am trying to say than my clumsy verbal efforts.
Ronan Guillou is one of the few photographers that I know with the eye (and the inner ear) of those highly ephemeral instants. I indeed see « the angel passing » in many of his pictures
What I love about the photographs of Ronan Guillou in this book : all these pictures are found. You don’t just find, because you’re lucky, you have to search first
And you have to know where to search and when to see what you were looking for.
Ronan was finding (and looking) in America and that’s why his collection of precious gifts means even more to me.
The United States are a difficult territory for photographers because they’re such a minefield of déjà-vus I can safely say this, as someone who has found himself in that danger only too often. Ronan escaped (most of), these traps, the Americans looking at him in these photographs were all seen through the crack that the angel of photography shed light on.

I thank the angel for passing
And Ronan for noticing
And whispering to us.

Speeches in tribute to the artist followed by a screening of films and photographs by Ronan Guillou.