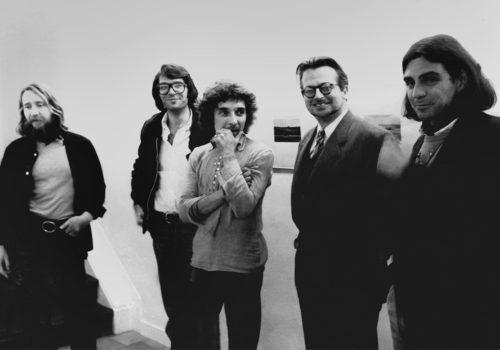 Jean-Claude Lemagny. He was the adviser, the father, the hero, the mentor of all artistic photography from 1970 to the 2000s. To visit him in his office at the Bibliothèque Nationale or in the room that bore his name at the Arlatan hotel in Arles during the festival was for many an absolute “must”, a quest for an unavoidable blessing.
What an amazing couple he formed with his wife Anne Biroleau, another formidable figure of contemporary photography at the Bibliothèque Nationale!
It is the tribute of Bernard Descamps that we publish today!
Jean-Jacques Naudet

In France, in the 1970s, author photography was not well represented, little recognised. I remember that I found the Swiss magazine camera in one of the kiosks on the boulevard Saint Michel, an extraordinary magazine, as much for its choices, its texts as for the quality of the reproduction of the images. I also remember the opening of the Agathe Gaillard photography gallery in 1975. The first of its kind in Paris. Not enough to satisfy a young photographer’s appetite!

Fortunately there was the Bibliothèque Nationale, the print room and Jean-Claude Lemagny, curator for contemporary photography.

I remember the appointments in his little office and the photographs spread out hastily, with these little hand tremors, which announce an important appointment…

Jean-Claude did not count his time, he received many photographers, French or foreign, passing through Paris, because, we did not really know it, but Jean-Claude Lemagny was a world reference for contemporary photography.

Today, many of us pay tribute to him by remembering these wonderful moments spent in his company.

Jean-Claude knew his subject perfectly (and many others too!) and spoke of photography as one speaks of philosophy, linking photographic “movements” to social, political and intellectual movements…

I remember going down with him into the basements of the BN, going through the rows of photo archives, and Jean-Claude taking one of the large albums to show me astonishing Polish or Czechoslovak photographers, a historical series by Jean -Philippe Charbonnier on the war in Algeria, or even very beautiful images of New York under the snow by André Kertesz.

Jean-Claude Lemagny was my Master, my guide, he taught me the essentials. I owe him a lot

His interventions in a few conferences, or in meetings of the 30×40 club, a center of debate on art and photography at that time, had a real success, as did his famous “portfolio readings” in Arles.

We still have, beyond these memories, essential texts, and a few books, such as L’ombre et le temps.

Jean-Claude Lemagny will have embodied an era, a pivotal era in photography.

In 1975 he proposed, at the national library, an exhibition of young French photography by bringing together the first works of Bruno Réquillart, Eddie Kuligowski, Bernard Plossu and myself.