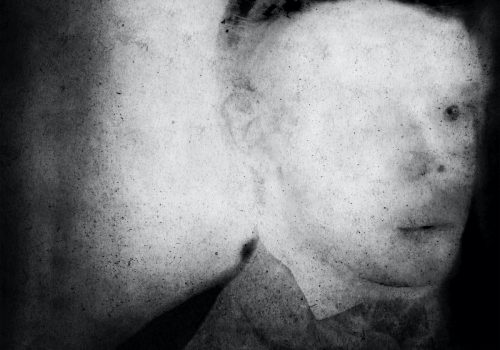 As part of its annual program to support young emerging artists whose work deserves to be brought to light, Galerie Thierry Bigaignon welcomes this year the work of Japanese artist Hideyuki Ishibashi.

Since the development of connected cameras and the appearance of camera-equipped mobile phones, our everyday consumption of images has grown even bigger. The time we spend looking at each image, though, is getting shorter.

Based on this observation, Hideyuki Ishibashi’s artistic research focuses on the ambiguity of the way we look at the photographic images that surround us and on the meaning we give to the image. For the Japanese artist, the photographs we encounter in our daily lives are only fragments of images; they are imitations of themselves. An image is nothing but a projection of other images that we have already seen, some place else, in another time. Photography itself has no defined meaning nor historical unity, and only when they are duplicated and replicated can they produce meaning.

Hideyuki Ishibashi started this project entitled Présage by drawing his own dreams every morning as he woke up. He then decided to go on a hunt for used photographs at antique markets, random postcards, and anonymous internet images in order to reproduce his drawings using fragments of these found images. Once disassembled, fragmented, the images lose their original meaning and provide the raw material for a brand new image, organized as a mosaic, with defined contours. A long process of merging enables the removal of the signs of disruption between the different fragments, giving the image the appearance of a photograph, naturally altered by the different stages of the process.

By putting these images together, by completing corrections to an almost impossible degree, the photographer creates a unique, artificial image, through which he gives the viewers the opportunity to rethink  the ambiguity within the act of viewing. The artist redefines photography as a projection of the imaginary. He forges reality and manipulates the act of seeing.

Hideyuki Ishibashi was born in Kobe, Japan, in 1986. He studied photography at Nihon University College of Art in 2009 in Tokyo and at Fresnoy – Studio national des arts contemporains (promotion Chantal Akerman) in 2018. His work, which is mainly expressed through photography, has been presented at international events such as the Unseen Photo Festival and Breda Photo, and at solo and group exhibitions in Japan, South Korea, and all over Europe. Ishibashi had his first exhibition in France in 2013, where he was nominated for the Voies Off award in Arles. In 2014, he received the SFR Jeunes Talents for the exhibition “Micro-Macro” in Lille, and then received the Meijburg Art Commission Award in Amsterdam in 2018.