Hans Silvester and his Travels – Triptych #1 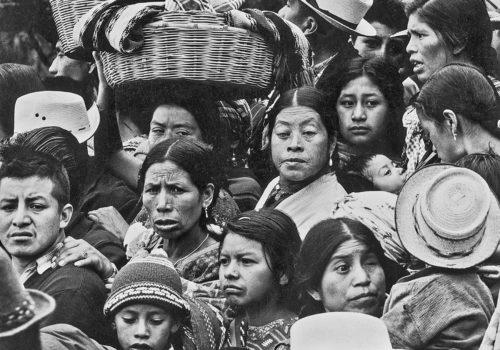 Our collaborator Thierry Maindrault recently spent a lot of time with Hans Silvester. A triptych came out of it that we are starting today!

In this year 2022, we will have seen Hans Silvester‘s photographs almost everywhere as he was the guest of all the festivals which are still on top of their own reputation. In the first part of this series dedicated to this great contemporary photographer, I will take you in the footsteps of the tireless traveler who has surveyed our – so-called small – planet all over.

At the end of his photographic apprenticeship, as a major, his photographic know-how was already recognized by Leica, who offered him a first professional equipment. The great periodicals of the time which mix travels, discoveries and photographs were not mistaken either.

The missions arrived, Hans quickly traveled the world, his images confirmed the know-how of this author who did not stop moving in all directions. Talent inhabits this witness of Nature and Men, his perfect mastery of creative photographic techniques has made him essential to the profound changes of our current world.

Let’s take a good look at an image produced by Hans! His subjects are true and are hardly original, nor exceptional, most of the time. Whether objects, animals, plants or humans, his camera freezes subjects of total banality in their daily environment. Unquestionably, our integration and our dialogues as readers with all these models are due to a very long approach of an infiltrated image thief who has become totally invisible and absent to his photographed subjects. For each of us, the postcard disappears in favor of a personal immersion in a photograph that becomes unique in emotion, dialogue and sharing. The abduction of the picture is the culmination of sometimes interminable waits or palavers until dawn (all these things have become, it seems, obsolete, even useless, with the artificial intelligence of our new box camera).

Nothing is left to chance to this subtle light catcher. It is almost impossible to find a defect in each of his shots, the composition of the image and the luminous masses always remain balanced. The work begins with the eye approaching the viewfinder and only exposing after a meticulous control of the sheet and its photographic rendering. At each of the stages, light is not only the tool that sculpts and shapes the work, light is also a stakeholder and actor in this same work. Above all, don’t come and talk to me about chance; because when a scene has been clicked multiple times, all the takes are great, moving, and usable. Selection becomes a puzzle in front of abundance.

Humanity is indebted to this photographer who always achieves excellence, since he has learned to do everything. He leaves us with real and sincere exchanges with the image.

Hans Silvester is that prophet who went beyond all borders, not to impose good news and hopes to his guests; but, to bring back to us – through his increasingly convincing photographs – a part of the wisdom of others.