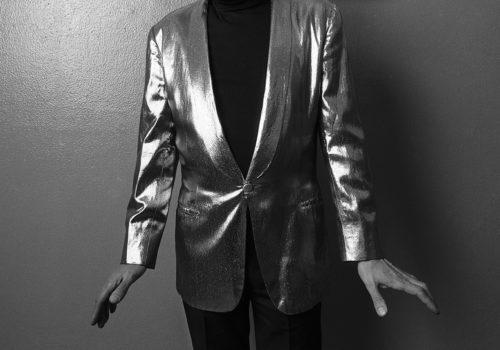 In order to explain how it all went, we need to start right from the beginning. Because the story behind this book starts out from a sequence of unforeseen events, bordering on the unbelievable, yet ones that I shall endeavour to put into order. In 1976, Gabriele Basilico had graduated three years earlier. He wanted to be a photographer, or to take photographs at any rate, or perhaps he would prefer to become an architect instead. Along with a group of his architecture friends, he pieced together a wide-ranging documentation project on the alternative youth scene, and also collaborated on the shooting of the film Proletariato giovanile, commissioned by Vittorio Gregotti and presented in Venice at one of the shows linked to the new Architecture Biennale. He often took photographs in Milan: the growing neighbourhoods of the city, those on the outskirts and the city limits, which year after year would become ever more costly. He also started to accept professional commissions, and indeed in 1976 he found himself in Rimini to carry out a project on the Grand Hotel, together with Maurizio Zanuso, himself undecided as to whether he would become a graphic designer or a photographer. At the Grand Hotel, he met a number of artists performing at the nightclub next-door known as Lady Godiva. They asked whether they might go along and take a few pictures, and to their surprise the answer was yes. He photographed the show until daybreak, and as they made their way out of the nightclub, Basilico took a picture of Zanuso: a Hasselblad in his hand, so tired that he was barely able to keep his eyes open. Although he didn’t take a great number of photos, it was still the start of an idea, the embryo of a project which, for a couple of years, would do no more than gather dust in the archive. Then he happened to mention it to a journalist friend of his who worked for the monthly magazine Abitare, Tamara Molinari. And it was Molinari who suggested he might continue with what he had started in Rimini, shooting pictures in revue theatre and striptease joints. For someone like her, who had already come up with the title for Milano. Ritratti di fabbriche (the photographic survey of Milanese factories that Basilico was carrying out over that period), devising a new title was child’s play. She proposed non recensiti (‘not reviewed’): at the end of the 1970s, what newspaper would ever even entertain the idea of reviewing an artistic performance in a nightclub? The golden years of Wanda Osiris were over; the Milanese venues such as l’Hermes, Il Colibrì or Il Teatrino were clearly on the wane, and the revue show at the Cinema Smeraldo was frequented largely by soldiers on leave and old age pensioners. Their investigation began. Abitare and architecture were not familiar topics in the places they chose to work in, but surprisingly enough, Basilico and Molinari were universally met with the utmost collaboration. They followed the shows, hung around backstage and were given free access to the dressing rooms and the spaces where the performers prepared. Their presence was accepted with the bat of an eye. They were often accompanied by their photographer friend Cesare Colombo. Molinari would gain the trust of the performers, of whom Basilico would then make portraits, which none of them refused to do. On the contrary, they would change clothes and accessories especially for him, striking a pose, looking straight into the lens: they trusted him. All without sly winks, but with generous ingenuity. Zanuso recalls Basilico explaining to the girls – all naked or in sparkling bikinis – that he usually took photos of architecture, that he was working on a survey of Milanese factories, and after an initial moment of disorientation, the girls would all show him a high level of complicity. He photographed the artists, the presenters, the comedians, ‘Rodney’ the dance teacher, the men who built the scene props, the cashiers, the furnishings and the costumes. He went back to the various clubs on more than one occasion, and he was always a welcomed presence. Once the project was complete, Molinari and Basilico – with Zanuso involved on the graphic design side – put together the layout of a book which they discussed with the publisher Gabriele Mazzotta. It certainly was an unusual book, a far cry from their usual fare. Mazzotta liked it but suggested a different title: Pop Sex, which the authors found somewhat disconcerting, Zanuso recalls. Then he asked: “How can we get in contact with the performers?” Basilico and Molinari looked at one another: in many cases, they didn’t even know their names and certainly wouldn’t know how to get back in touch with them. And so by 1981, the project came up against a brick wall. The book wasn’t published and the layout of non recensiti was put away in a shoebox and forgotten. When questioned today about the project, Mazzotta doesn’t even remember its existence.

Milano. Ritratti di fabbriche was presented at the Padiglione d’Arte Contemporanea in 1983. The event imposed a permanent direction to Basilico’s work: cities and metropolises would be his sole field of concern. For a while, Lady Godiva, Il Teatrino and Lo Smeraldo would remain no more than a passing topic of conversation. And then everyone forgot about it completely.

Twenty years went by; Basilico moved his studio from Piazza Tricolore to Via Pergolesi, and the negatives and layout of non recensiti vanished for good, while the Agfa boxes with the prints made at the time ended up in the garage along with the bicycles, and that’s where they stayed. Over the following years, various people enquired where all that work on revue theatre had ended up, but it was nowhere to be found. Later on, I myself would set out to hunt it down, but with no more success.Thursday 15 October 2020. I was in Rome when I received a message from Alberto Saibene from the publishing company Humboldt Books. He had heard a mention of non recensiti on various occasions, and he told me that should the work ever resurface, he would love to publish it. I don’t know how he even came up with such an idea, I could not help but laughed – we had been trying to trace the whereabouts of that famous box for almost ten years. I forwarded the message to Gianni Nigro, Basilico’s long-standing collaborator, as a joke. The very next day, Nigro sent me a photo of the front cover of the layout. I was speechless. During the first Covid lockdown, we had tidied up the studio, given away duplicate copies of books, sorted through wardrobes and chests of drawers, and without knowing it, we had recovered the layout of non recensiti which Nigro came across in a wardrobe that he had already sifted through various times. None of us believe in magic, but there was certainly something magical about this unforeseen finding. No trace of the negatives, but at least the layout had surfaced. This is only half the story. In the same period, the Brera Academy of Fine Arts asks us whether we would like to host a student in Visual Cultures and Curatorial Practices for an internship. And so along comes Andrea Elia Zanini. He had the time and the determination to rummage through the garage and dig out the boxes with the original prints, to carry out all the necessary scanning, and to give form and order to the material which would make up the contents of this book.

One Sunday in mid-November 2020, I received an invitation from the MAST in Bologna to watch again a conference held in 2017 by Joan Fontcuberta, a great photographer and an extraordinary inventor of paradoxes. But he is also a dear friend and a creator of visual tricks, one who adopts the strategy of the lie as a teaching mechanism by which to unveil the guile of communication. In this conference, Fontcuberta tells of how he discovered the archive of a photographer from Valencia, Ximo Berenguer, who in the 1970s, after having photographed factory worker protests and environmental demonstrations, had set about portraying the artists who performed in a nightclub in Barcelona, El Molino. It was the tale of a microcosm captured by a young photographer, in keeping with the aesthetics of the photojournalism of the day. Berenguer had put together the layout of a book; he had presented it to a publisher, but shortly afterwards he died in a motorbike accident. The layout was forgotten, only to be found again years later, and the book was published at long last. The similarities between Berenguer’s book (1 ) and Basilico’s non recensiti jumped out at me. The story of Fontcuberta (the actual creator of the images attributed to the fictional Berenguer) then took other paths, but this sudden discovery made it clear to me that he alone, Joan Fontcuberta, could offer the necessary contribution to this book; he alone could provide us with the tools to underline the differences between reality and fiction, between truth and lies. In all its mendacity, the dialogue between Basilico and Berenguer which concludes the sequence of images in this book is a further contribution to the impossibility to tell apart the true from the false, the unlikely from the likely. The only certainty is that in the dialogue ‘transcribed’ by Fontcuberta, the figures mentioned are all real people, and Basilico himself might very well have said the things Berenguer leads him to say. Maybe. Now it’s time for the ‘non-reviewed’ to finally undress and face the music.

Post Scriptum : 3 February 2021. While searching for something else, Andrea Elia Zanini came across all the negatives in a wardrobe, complete with proofs and in perfect order, along with a rich selection of colour slides and even entrance tickets for the Cinema Smeraldo. Should we really still refuse to believe in magic?