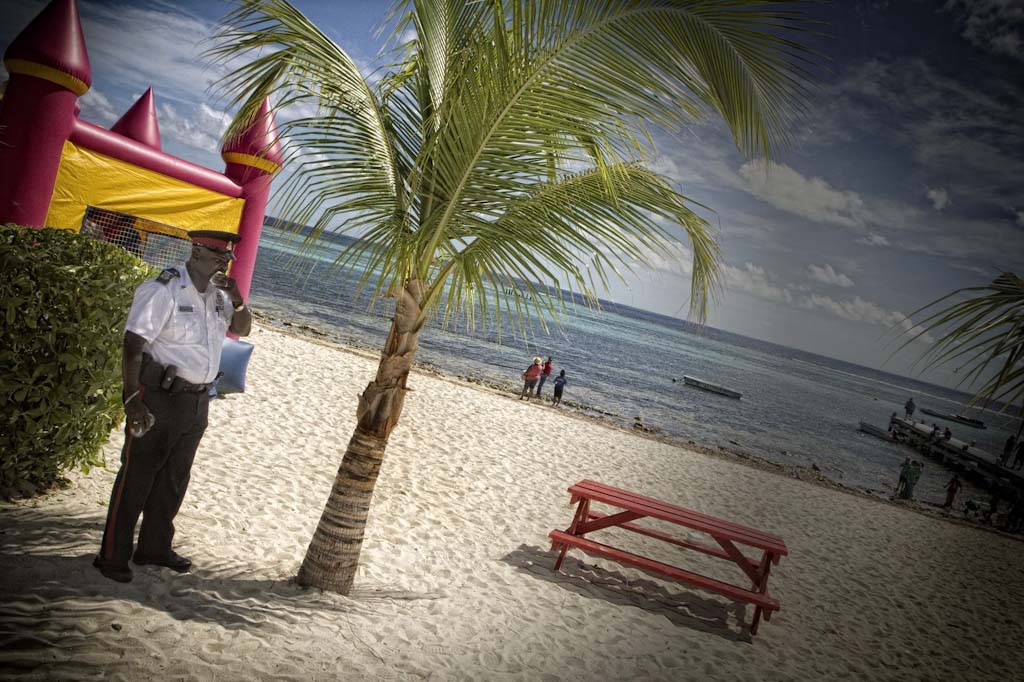 Discovered by Christopher Columbus on his fourth voyage to America, the Cayman Islands were the definitive center of pirate activity in the Caribbean Sea, during the seventeenth century. Located northwest of Jamaica, between Cuba and Honduras, uninhabited and without active control by the Spanish crown, they quickly became an ideal sanctuary for the development of piracy.

The famous British buccaneer Francis Drake gave the islands their current name and frequently used them as a base to attack Spanish galleons carrying precious metals to Europe. The islands enjoyed little human presence, and were temporarily visited by privateers to replenish drinking water supplies and turtle meat, repair their boats and hide treasures won during each excursion into the Caribbean.

In the early sixties, there was no running water or electricity. The resident population of the islands was less than two thousand inhabitants who made their living from fishing and selling supplies to commercial vessels which passed through the area. Mangroves and swamps on the islands lead to an abundance of mosquitoes and made living outside the coastal strip impossible. These tranquil islands with their white sand streets and cows wandering freely among palms gradually began their transformation, with momentum from Canadian, American and British capital which played an important role in the process.

Five years later, in the capital, George Town, the first bank, the Bank of Nova Scotia became established and the first mosquito control program was financed. The airport was quickly built, a telephone network with international connections was installed and the islands first lawyer arrived; William S. Walker is now considered the founder of Cayman financial services.

Today, this nation of fifty thousand people has become the world’s fifth largest financial center, after London, New York, Tokyo and Hong Kong. There are about five-hundred banking institutions operating on the island and a hundred thousand registered companies. In addition, the large sum of 2.1 trillion dollars, enough money to satisfy the health and nutrition needs of the entire planet, is deposited within its jurisdiction.

The islands were the first home of the now famous, high risk or Hedge funds, protagonists of the 2007 global economic crisis. The largest banks from the five continents have branches here and subsidiaries of major multinational corporations are also present. Facebook, Yahoo and even the English football club Manchester United have their offices in the Cayman Islands. No direct taxes are levied and confidentiality is sacred; the government is funded by the hefty revenues generated from registration fees charged to corporations´ work permits and indirect inputs from various financial transactions.

The development of this urban project, built from scratch and specifically designed for the activities carried out on the island, which have high impact on the international financial world, this area- built on top of a coral reef- is the ideal prototype of a tax haven.

Surprising parallels can be drawn between the Cayman Islands of old times and its current status: pirates and executives doing as they have always done, looking for a good place to hide their treasures.

Send us your Portfolios