Exhibition of the winners of the Photographic Residence Award of the Treilles Foundation at Initial LABO. 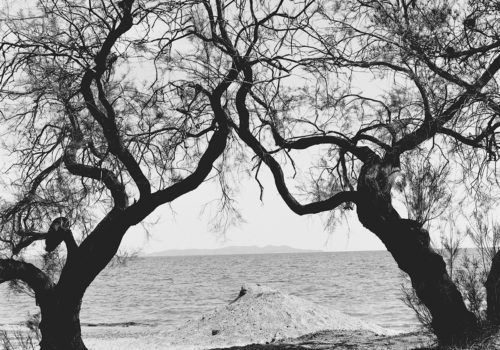 The eyes of three photographers on the Mediterranean world testifies to the historical, societal and artistic evolutions of this “Great Bassin”.

The Initial LABO photographic space is hosting, for the second consecutive year, from February 2 to 26, 2022, the work of the three winners of the Residence Award for Photography of the Fondation des Treilles 2021: Bernard Descamps, Sophie Hatier and Yusuf Sevinçli.

The opportunity to discover the “Cease Fire-Cyprus” project by Turkish photographer Yusuf Sevinçli who explores the impact of recent history and conflict on the landscape of the island of Cyprus. But also the exploration of the Mediterranean coast by Bernard Descamps through a series of photographs trying to perceive the spirit that hides behind the visible aspect of things. And finally a highlighting of the Camargue through the photos of Sophie Hatier which reveals this Mediterranean landscape, with its colors, its composition and its material, and on which the light acts as a developer.

The exhibition also presents the residency projects of the 2022 winners chosen by the jury chaired by Jean-Luc Monterosso, correspondent of the Photography section at the Academy of Fine Arts, founder and former director of the European House of Photography.

Two years ago, the Treille Foundation and Initial LABO developed a partnership based on the notion of excellence, whether in the selection of residents or in the printing and scenography of their research work.

The exhibition can be seen until February 26 from Tuesday to Saturday from 10 a.m. to 7 p.m.

Yusuf Sevincli
This work offers a subjective visceral response to the way these ambivalences imprint themselves on the landscape and the inhabitants of an island literally cut in two.

“During my extended stays in Cyprus, I tried to trace the areas of spatial partition and conflict along with the traces of unification, peace and integration. I challenged myself to confront, and understand, through photography, the disruptive effects of politics on geography and people, to bring out the latent but extreme militarization of the landscape on such a small island. »

Bernard Descamps
“I followed an itinerary, that of the coast, where the sea meets the land, whether this line is natural or highly urbanized… During this “journey”, the photographs become encounters, encounters with a place, people , an event, but above all encounters with oneself.

Following the coastline and photographing, carving in space and time. I always hoped that, behind the visible aspect of things, there was a spirit. A kind of animism where photography could reveal a bit of this beyond…”

Sophie Hatier
“After rugged and volcanic Iceland, and its magnificent, muted, mysterious northern lights, I was looking for a territory that would be the reverse, where everything would be only horizon, light and colors of the South which would radiate and saturate the space. A Mediterranean atmosphere. Gradually the Camargue, which I knew well without having ever photographed it, became obvious. It was via the water that I approached it.

The Camargue is the opposite of an island. A body of water in the middle of the land. Ponds, marshes, salt marshes, fresh water, brackish water… A landscape which seems so wild but which also results from long-standing human interventions on a very particular biotope, an attempt at domestication by learned transfers of fluids… A Mediterranean space, with its colors, its composition and its material. And on which the light acts as a developer.

This specificity of the Camargue territory, I wanted to capture it by expanding my work to other forms of life: plants, wildlife and portraits… This search for a form, starting from nature to tend towards the human, has always been at the heart of my work”.