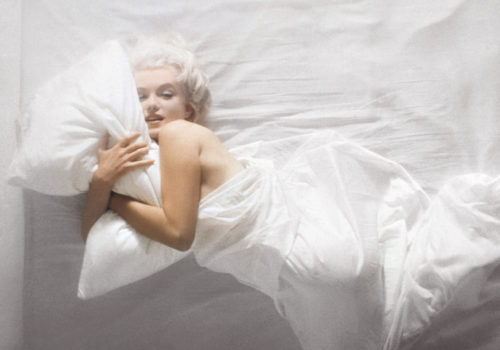 From September 3 to October 10, 2021, the Galerie GADCOLLECTION  devotes an exhibition to one of the masters of photography: Douglas Kirkland

Through a selection of 15 photographs never shown in France, Marilyn Monroe offers an escape to the heart of one of the most iconic women who have crossed the life of  this exceptional photographer. At the same time of the exhibition, the Champs-Elysées Film Festival will pay a tribute to  Marilyn Monroe and to Douglas Kirkland.

Award winning portrait photographer is the guest of honor at Galerie  GADCOLLECTION, with a selection of unseen work in Paris. In the last six decades,  Douglas Kirkland has been published in magazines around the world and  captured images of some of the most iconic cinema and fashion personalities. The Douglas Kirkland Archive is a repository of Hollywood celebrity and popular  culture during the last half-century.

A Life in Pictures

“I have a philosophy. I do not want to make negatives images of people, and so I do everything I can to help  make them feel comfortable in front of the camera. That is what is going to control your picture, because you  are alone if your subject is not with you. And that’s the simple answer to getting a good picture.” Douglas Kirkland

It was only at the age of 27 that he made the photo shoot for Life magazine that made him part of  history. In 1961, he photographed the famous sex symbol Marilyn Monroe, half naked in a bed,  playing with the sheets and the lens of Douglas Kirkland’s camera. The artist suggested to Marilyn to show how she wanted to be remembered 25 years later. It was  a very delicate, sensual and joyful series that emerges. The photographer managed to produce and  capture a very intimate moment between him and the star. Marilyn’s aura and the emotional power  of this series made the artist publish a book 50 years later, With Marilyn: An Evening 1961 and  these photographs still make as much noise as ever.

In addition to the graphic qualities that these photographs bring out, it is a personality that stands  out. Douglas Kirkland, when he tells the story of this photo shoot, humbly says that he was just a  technician there. He prepared the room with white sheets, a white floor and a balcony to get a  vertical view. Then Marilyn came to “create these images”, these are the artist’s words. Marylin  took possession of the lens, and led the photo session. As a young photographer, this photo session  with such a great star taught the artist a lot. In an interview he tells an anecdote about the white  sheet in which Marilyn is wrapped. The star and he had agreed on a totally white environment, but  Douglas wanted to bring a little more and on the day of the session he offered Marilyn a cheese  cloth. Marilyn tried but didn’t like it, she said she wasn’t that kind of girl. Fortunately, she regained  control by choosing the large white sheet in the photo. Douglas concluded that a great star should  be treated as such.

He also testifies that he met three different Marilyn. On their first meeting she was simple, accessible  and very natural. The day of the photo session, she turned into an ultra-sexy Marilyn, there was no  one in the room and it was impossible to look away from her. Finally, a few days after the session,  they had a last appointment to show Marilyn the pictures and there, Douglas tells us that he saw a  depressed, dark person who had nothing to do with the person in the pictures. It was a very strong  and memorable experience for the artist.

Ever sensitive to photography, Gad Edery worked as an international trader for 15  years before creating his gallery in 2008. Collector at heart, this passionate collaborates  with the greatest contemporary photographers and, is the exclusive representative in  Europe of Mitch Dorbrowner, Ormond Gigli, Douglas Kirkland, George Tice, Stephen Wilkes, Cássio Vasconcellos Paul Nicklen.

At the same time, Galerie GADCOLLECTION is one of the most important galleries  devoted to vintage space photography. Buzz Aldrin epics to conquer the moon by  Neil Armstrong, Gad Edery has a large set of images that offer a fascinating  journey into space.

Douglas Kirkland at the Gadcollection Gallery